“There is a big need to address sexual violence in conflict and support for the victims of ISIL perpetration is crucial.” said Idha Muema, Gender Advisor at Office of the Special Representative of the Secretary-General (UNAMI) in Iraq in a seminar held by MERI on Prevention of Violence Against Women.

Ms Muema made clear distinction between sexual violence in conflict, a tactic of warfare used by the perpetrators to propagate fear, and gender violence. She also highlighted key Strategies for Preventing Sexual Violence in conflict-affected countries.

“The Security Council has passed various resolutions to tackle sexual violence aiming to bringing perpetrators into justice, including the acceleration of the provision of support to the survivors of sexual violence in conflict through the creation and improvement of reporting mechanism” she explained. A process which includes support for healing, reparation, protection of the victims and reintegrates them into normal life, she added. 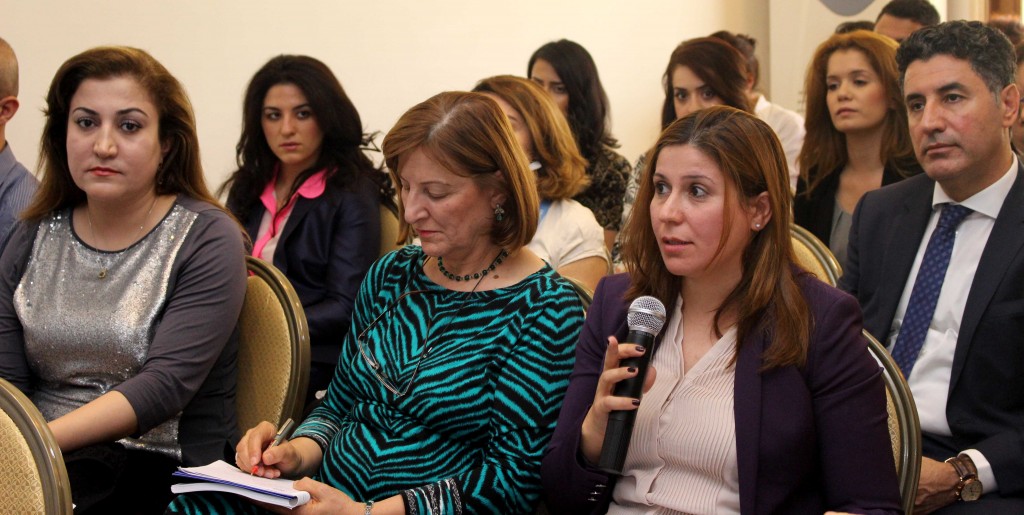 Ms Muema lauded the role of civil society organisations in providing support and assistance to the victims of sexual violence in Iraq and urged for more advocacy on changing the norms and traditions to remove the shame attached to the survivors and placing it on perpetrators.

“A regional approach is required towards solving the issue of sexual violence when it comes to the victims of ISIL, and clear and reasonable doubts should be articulated about any possible attempt to hold talks with ISIS,” she concluded.

Dr Nazand Begikhani, Senior Research Fellow, Centre for Gender and Violence Research, School for Policy Studies at the University of Bristol was the co-panellist addressing the crowd gathered at MERI office in Erbil comprised of representatives of civil society organisations, women’s rights activists, officials from KRG’s High Council of Women Affairs and the Directorate of Combatting Violence Against Women.

Dr Baghkhani focused on Honour, Violence and Globalisation in Iraqi Kurdistan Region, which is the topic of her field research and recently published book. She believes relative independence from the political parties and engagement with the liberal world are among the forefront impacts of globalisation. However, globalisation has also led to the emergence of counter actions such as cyber violence, underpayment, lack of protection mechanisms in work places and the collision between tradition and modernity, she added. 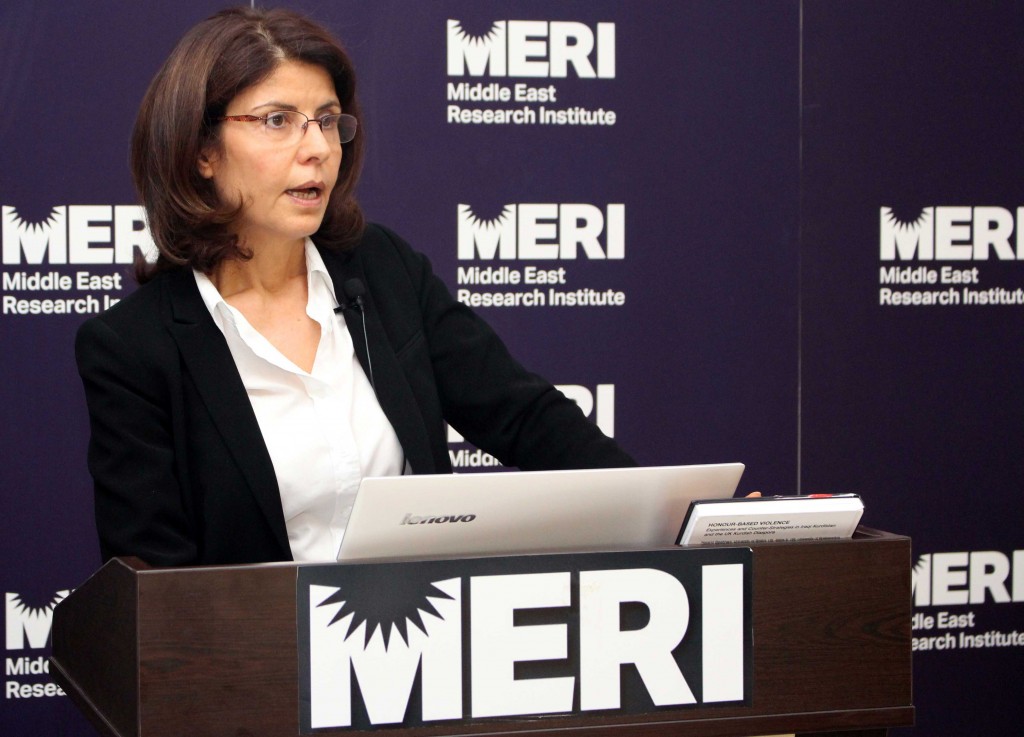 “Women’s reliance on family has led to strengthening kinship and patriarchal structures among families in Kurdistan Region” Dr Bagikhani argues.

Integration and engagement of women into the system of governance and in designing strategies to confront sexual violence is key to bringing about change. A move which Ms Begikhani believes has led to promising outcomes including exertion of pressure on authorities to take action and develop comprehensive prevention and treatment strategies.

However the emergence of fundamentalist groups caused strong reactions from some parts of the community, more toward integration and engagement of women. These go against the notion that ‘women’s place is at home’ and collide with traditional and conventional norms and practices. Therefore, globalization is having both “inclusionary” and “exclusionary” effects on women in Kurdistan Region, she concluded.

Universities around the world push for an accord designed to support higher education in conflict-affected countries
The Future of Kirkuk: A Roadmap for Resolving the Status of the Province