The Future of Kirkuk: A Roadmap for Resolving the Status of the Province

The political resolution of Kirkuk and the disputed territories remains as one of the most difficult issues yet to be fully addressed by the Governments of Iraq and the Kurdistan Region. Multiple issues regarding the final status of Kirkuk need to be addressed before breakthroughs can be achieved. For any political solution to be successful, political will is needed and compromises and concessions will have to be made by all parties, primarily local actors in Kirkuk.

After a year-long research conducted on-the-ground in Kirkuk, The Middle East Research Institute (MERI) presented a policy report to Kirkuk Provincial Council Members, entitled, ‘The Future of Kirkuk: A Roadmap to Solve the Status of the Governorate.’ The report includes detailed policy recommendations which were outlined in today’s (7 September, 2015) gathering in Kirkuk.

The report was treated with optimism as highlighted by Mr Rebwar Talabani, Chairman of the Kirkuk Provincial Council, who stated: “MERI’s report is the first of its kind since 2011 that brings together the different actors to debate the Kirkuk issue and find a solution. It is timely and the onus is on us as Kirkuk leaders to work on this road map, treat it as a working document and push the process forward.”

In attendance at Kirkuk Provincial Council Hall, in addition to the Council Members, were local politicians, representatives of the International Community and members of the press. As reiterated by all local actors, maintaining the current situation is not a solution. A political process needs to be established and adopted. Mr Kwang-Koo Choi, the Head of UNAMI Office in Kirkuk, stated: “we are happy that MERI has made a serious effort in designing a roadmap to solve the situation of Kirkuk. We hope that this event provides the motive to address the issue through dialogue”. 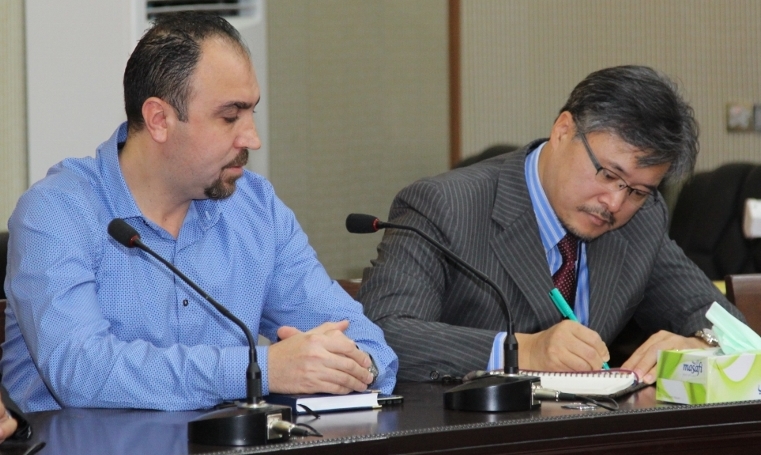 MERI’s report outlines clear recommendations for all relevant actors with the aim of bringing the issue of their province to the fore and fostering a constructive debate on Kirkuk’s future. These can only be achieved through greater levels of communication, the lobbying of relevant parties and the adoption of confidence building measures. All of this must be undertaken with the aim of bringing a peaceful resolution to the issue of Kirkuk.

A unified approach would go a long way to assisting the turbulent political and security situation that Kirkuk has faced. As stated by Professor Dlawer Ala’Aldeen, President of MERI, “a solution for Kirkuk will only emerge if the local actors in Kirkuk develop the necessary political will to solve the issue of Kirkuk.”