The European Union and Iraq: A New Strategy

“Our security depends on the stability of our neighbours, and Iraq is our immediate neighbour,” stated the European Union (EU) ambassador to Iraq, His Excellency Ramon Balecua during a roundtable discussion organised by the Middle East Research Institute (MERI) on 13 November 2017.

Officials, academics, parliamentarians, and civil society representatives from Kurdistan Region of Iraq (KRI) attended the event, which was aimed at discussing post-referendum challenges facing Iraq and the KRI, and EU’s role in addressing these challenges. The ambassador argued that dialogue within the confinements of Iraq’s constitution is the only way forward to resolve any standing differences. The EU and partner organisations are prepared to assist Baghdad and Erbil resolve pending issues, initiate reforms, and strengthen institutional capacity.

As the KRI was pressing ahead with the independence referendum in the days leading up to September 25, 2017, international and regional actors were pressing back to secure a last-minute political compromise between Baghdad and Erbil. But despite the flurry of diplomatic activities and warnings by the EU, UN, and regional powers, mediation efforts failed amid surging nationalist sentiments. Discussants argued that the decision to hold the referendum reflects not only miscalculations by KRI leadership to anticipate strong regional backlash, but also an inability to understand the political implausibility of independence. In the end, Kurdish leaders decided to hold the referendum in a moment of high emotions, to which they need to shoulder the consequences.

The referendum and post-referendum dynamics have set Iraqis and international actors on edge. Iraq is a partner of a great importance to international community. The European Union has alone contributed an access of 1 billion Euros to Iraq since 2014, especially in the fields of education, humanitarian aid, governance, social service delivery, public finance management, and post-Islamic State (IS) stabilisation efforts, particularly demining, aid delivery, and facilitating the return of Internally Displaced People (IDPs). 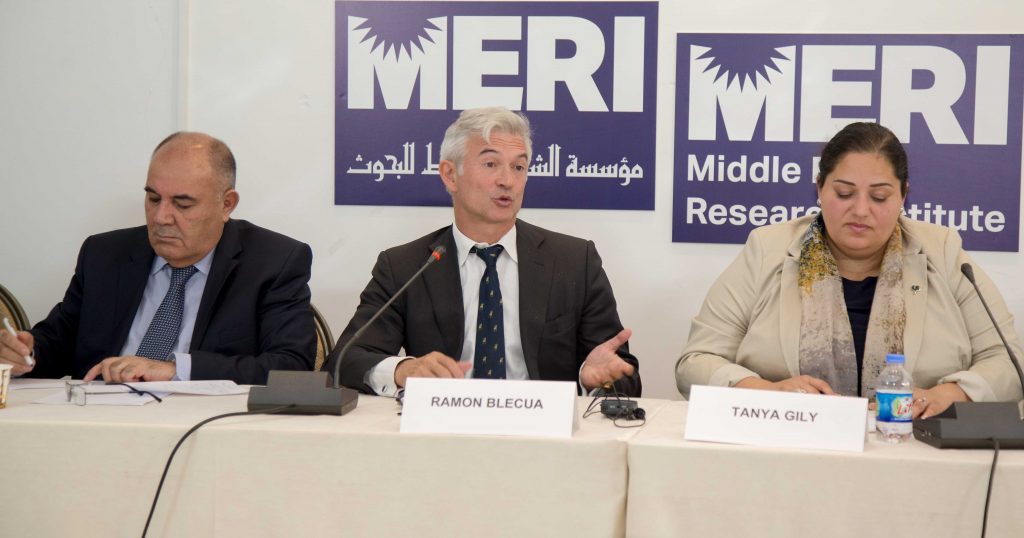 A New EU Strategy For Iraq

In response to growing challenges faced by Iraq and the KRI, the EU is devising, in consultation with the local stakeholders, a new strategy for Iraq to replace the existing EU Regional Strategy for Syria and Iraq. Whereas the old strategy sought to focus on defeating the IS militarily, the new strategy will focus on the root causes, unmet demands, and grievances that gave rise to IS in the first instance.

The new strategy will aim at building state institutions to tackle causes of disintegration and polarisation in Iraq. When implementing the strategy, Iraq and the KRI are expected to play leading roles in addressing these challenges, with the help of EU and international partners.

Particularly critical to EU’s strategy is the focus on identifying and addressing local agendas—locals, unlike outside experts, have deeper knowledge of local dynamics and interests and thus are better prepared to address challenges faced by local communities.

As explained by Mr. Balecua, Iraq has been suffering decades of armed conflict, but the defeat of IS offers hopes for a prosperous and stable country, something that the international community take significant interest in. Through the new, more dynamic, and progressive Iraq Strategy, the EU, with assistance from the United Nations Assistance Mission for Iraq (UNAMI) and others, intends to address reconstruction, stabilisation, and reconciliation challenges in Iraq and the KRI.

The international community is committed to helping Iraq build on its recent successes. “We need to look at Iraq’s success story, we must not focus on its troubles alone. Millions of IDPs are returning to their homes to resume normal life, and IS failed to create tensions among communities,” stated Mr. Balecua. But Iraq still faces considerable challenges. IS supporters will adopt insurgency tactics meant to destabilise the country.

Moreover, the fight against IS has created a national unity among different constituencies. But with IS on the back foot, political tensions are coming to the forefront.

Regional tensions among Gulf States and between the Kingdom of Saudi Arabia (KSA) and Iran, each with their own agenda, may also impact the speed with which Iraq can recover. However, the risk of Iraq becoming a theater for regional proxies remains, but partially addressed by Prime Minister Haider al-Abadi’s policy of openness to regional powers, especially Arab countries, and the realisation by these powers that Iraq’s stability is vital for overall regional security and stability. Accordingly, by utilising its relations with neighbours, Iraq could become a platform for regional understanding.

On October 16, 2017, Iraq Security Forces (ISF) regained control over Kirkuk province from Kurdish forces, before moving to control the rest of ‘disputed territories’. Although the Kurdish political parties lost control over large swathes of land and despite the occurrence of sporadic fights, large-scale military confrontations have been avoided. Political tensions are high and disagreements abide, however.

The EU and international community urge Kurdish leaders to seek answers to their concerns through constitutional means, despite the imperfections of the Iraqi constitution. This is particularly pertinent since the Kurds were among the main architects of the 2005 Iraq’s constitution. The Kurds are also encouraged to focus on addressing intra-Kurdish issues through internal dialogue and reconciliation, while trying to avoid becoming an instrument for international powers.

Dialogue is also critical to the security of Iraqis, minorities included. Christians, for example, have since 2006 been fleeing Baghdad and southern Iraq to the KRI. Escalation in threats between Baghdad and Erbil impacts minorities’ wellbeing. Moreover, disputed areas where minorities resided have now become battlefronts. Failure to implement Article 140 of the constitution, these areas will always remain disputed and a source of tensions between Erbil and Baghdad. In this regard, as part of its new strategy and an overall political settlement in Iraq, the EU will work to support the rights of minorities and coexistence.

Baghdad is encouraged to attend to the needs of citisens and abide by constitutional mandates, such as refraining from the use of force against local communities, as per Article 9 of the constitution, and fair distribution of resources. Residents of the oil-rich Basra province are now complaining about not receiving their fair share of Iraq’s wealth, despite contributing the most to it. While the EU and the international community are prepared to help Iraq address these concerns, it falls on the Iraqis to work out a spirited social contract.

In the end, as put by Mr. Balecua, there is a room for agreement between Baghdad and Erbil, and the international community is prepared and should be able to assist with dialogue, provided that both sides are committed to a genuine dialogue within the guidelines of the Iraqi constitution.

* Unless individuals are quoted, this report represents the summary of the debate.