The Emerging US Policies Towards Iraq & Kurdistan Region

On Thursday 30th March, senior diplomats, analysts and high-ranking KRG officials convened at MERI to discuss their expectations surrounding the new US administration’s foreign policy towards the Middle East, with a particular focus on Iraq and the Kurdistan Region of Iraq (KRI).

Although much remains unclear in the absence of a defined policy for Kurdistan, Iraq, and the war against the Islamic state (IS), attendees generally agreed on two main drivers of US foreign policy towards the Middle East region: (1) defeating IS, and (2) curbing Iranian influence. Another important factor that is likely to shape US foreign policy is the Trump administration’s proposed budget cuts, in particular those for the State Department. The White House proposes a 28% cut in US foreign aid and diplomacy for next year’s budget, which Congress still needs to approve before the next fiscal year begins on October 1st. 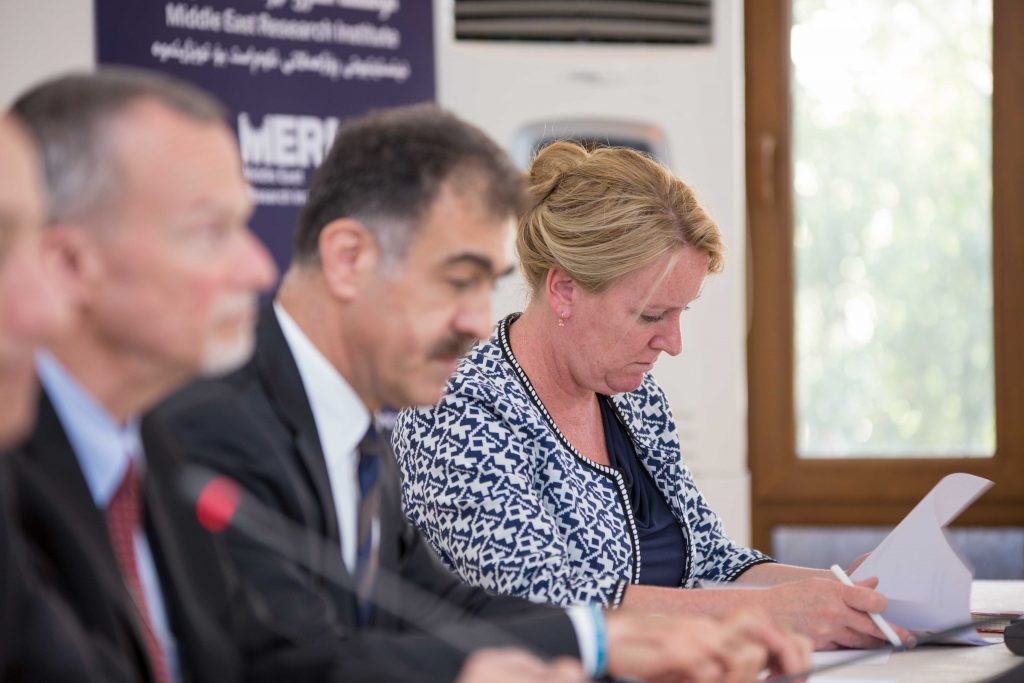 The current US Administration is dominated largely by former business and army leaders, which represent a major shift in the way policies are formulated and decisions are made.  The budget cuts will have an enormous effect on what the US is doing around the world, including in the KRI and Iraq. Once that budget is approved by Congress, it will be known what the US can do where and how. Mindful of the detrimental effect these budget cuts could have on the US presence in the region, there was a degree of pessimism regarding the prospect of expanding the current military partnership between the US and the KRI after IS is defeated. Furthermore, participants expressed some doubt that there will be a clear foreign policy towards Iraq. The US appears to focus on fixing Syria and curbing Iranian influence, but the cutting of the budget will be reflected to a greater extent in their policies in Iraq. The new US administration may not want to spend substantial funds on solving the problems in the country.

In Europe, a similar trend can be observed. As in the US, where Trump won the presidency through his pronounced ‘America First’ platform, there is a growing scepticism among tax payers in Europe about whether their money can (and should) be spent on addressing the root causes of conflicts in the Middle East. Such root causes of conflict would include problems with justice and accountability in Iraq and the KRI. There is a big discussion about whether the US and Europe as outside powers should get involved in helping to solve these issues.  It was widely acknowledged that the rule of law in Iraq and the KRI has deteriorated to dangerous levels. Legal reforms and reactivating the parliament should be the top priority in the KRI as it presents one of the main obstacles in KRG partnerships with the West.

The roundtable participants did not expect a significant shift in US foreign policy towards Iraq. A dramatic move away from the prevailing ‘one-Iraq’ policy was deemed unlikely. It was noted that from the international allies’ point of view, the ‘one-Iraq’ policy will not change because strategically the KRI is a much more useful ally in curbing Iranian influence in the region when it is part of Iraq, rather than a separate small country highly dependent on friendly relations with its neighbours.

Nonetheless, US relations with Baghdad are likely to change once IS has been defeated. With Iran’s growing influence over Baghdad, and little scope for a strategic partnership in the absence of a common enemy, the US and Iraq interests may begin to diverge, and the strategic relation that currently exists between Baghdad and Washington may fail. 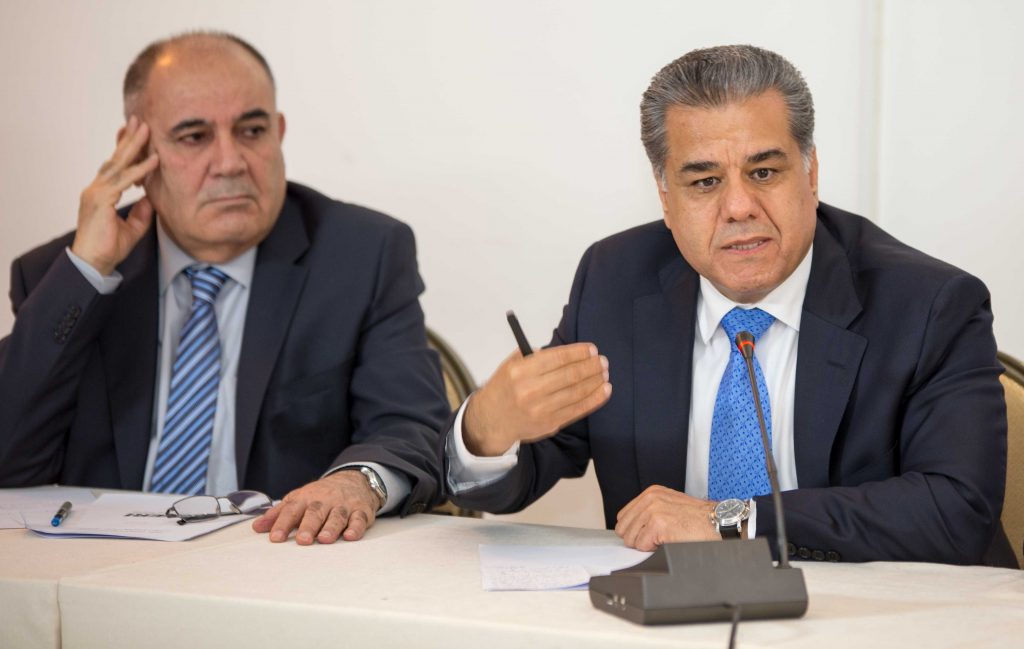 In the end, it looks as though despite best intentions from the KRI to expand the current military partnership into other areas, such as economics and cultural exchanges, the US may be constrained by domestic factors. With a limited budget and growing scepticism among its populace, the scope for increased engagement will be limited as Washington D.C. will have to make tough choices as to where and how it allocates its resources. Iraq, including the KRI, may not be high on the list.

Failure by the US to take leadership in the Middle East and capitalise on gains made in the war against IS, including increased cooperation between Erbil and Baghdad, may prompt local officials on both sides to take on the responsibility and independently work towards solutions. On the other hand, it may destine the challenging negotiations that lie ahead to failure, as in the absence of a powerful and neutral arbitrator, security dilemmas will naturally arise in an environment deprived of accountability mechanisms and ways to prevent transgressions. Only time will tell, but one thing is clear: challenging times are ahead.

The roundtable was chaired by Dlawer Ala’Aldeen, President of MERI, and attended by MERI staff and the following external participants: