“Kurdistan cannot win the war against ISIS or support refugees and IDPs if we do not address the existential economic crisis we are facing. If the economy of Kurdistan fails, all the other issues will become irrelevant,” stated Deputy Prime Minister Qubad Talabani as he and his policy team sat down with MERI on Wednesday, November 25, to discuss the Kurdistan Region’s economy.

The aim of this meeting was to exchange views on the future of economic reform in the Kurdistan Region and examine ways of engaging in mutually beneficial collaborative projects that serve the greater good of Kurdistan. Mr. Talabani detailed Kurdistan’s state of affairs and the “six major shocks” to the region over the last three years that have impacted the status quo: the 2014 economic crisis including the Baghdad budget cut; the ISIS invasion of Iraq; the ensuing influx of refugees and IDPs; the drop in global oil prices; the recent political crisis over the presidency; and the related cabinet crisis. While all serious, he considered the political and demographic challenges posed by these shocks non-existential threats to Kurdistan as compared to the economic drains to the system. 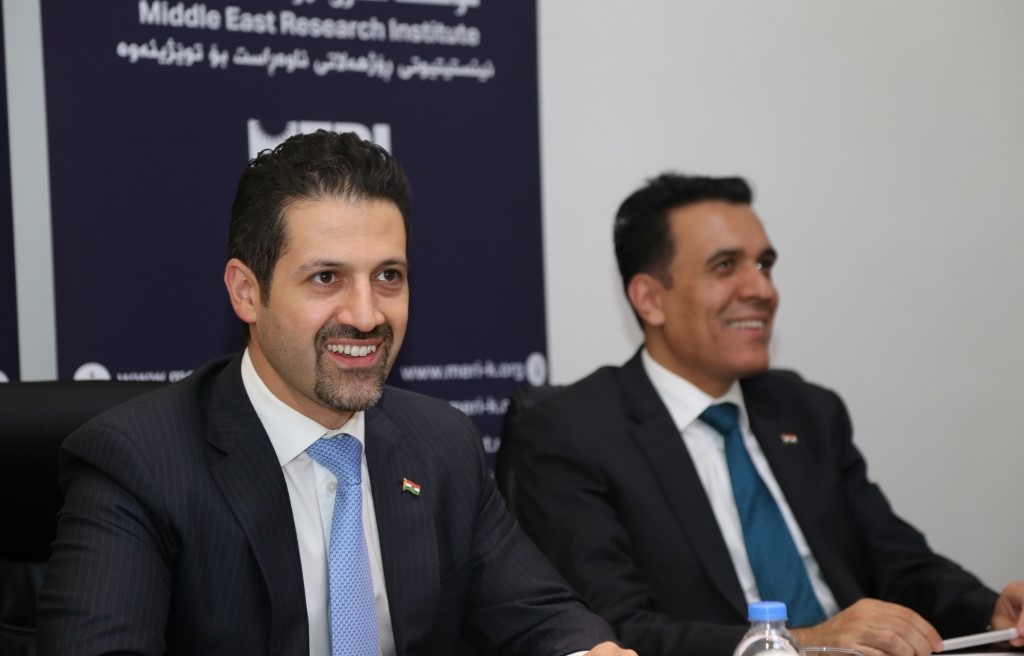 He highlighted the accumulation of debt, dependence on oil for revenue, and the scale of citizens receiving public salaries and allowances which now totals 1.4 million individuals. This includes 730,000 salaried employees, 230,000 pensioners, 230,000 recipients of social benefits including some 40 different allowances, and 25,000 government contractors. The total burden adds up to a total of 873 billion Iraqi Dinars per month.

Another major issue Mr. Talabani discussed at length is the inefficient delivery of public services such as electricity. The KRG currently relies on subsidized diesel for production, however the transport and delivery infrastructure for electricity does not operate to appropriate standards and bill collection remains low, accounting for a 50% loss in costs recovered. The KRG hopes transform all power producing stations to natural gas in the intermediate future, and to privatize relevant public services to respond to these gaps in infrastructure and billing. 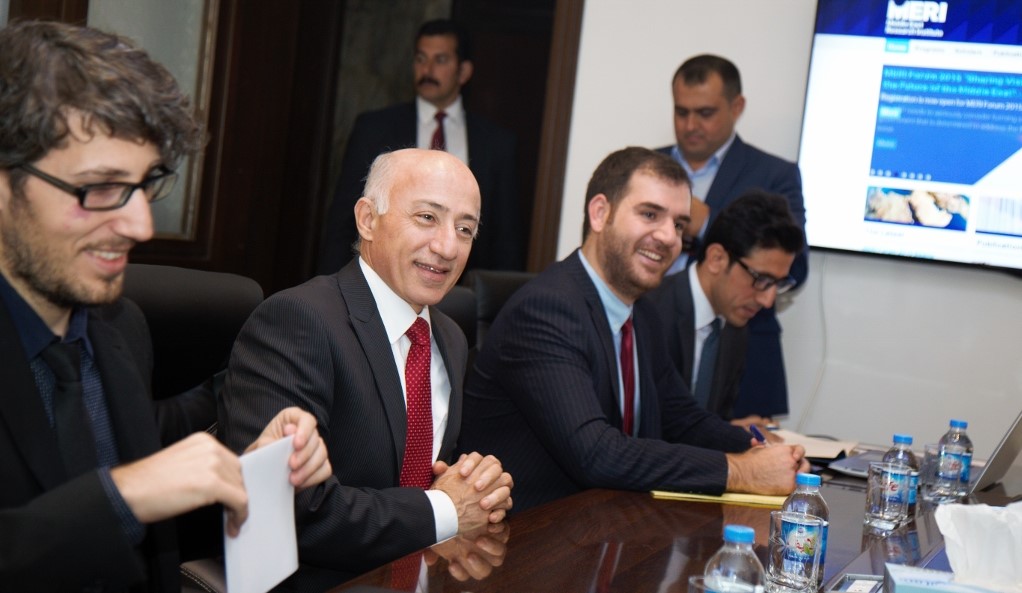 Addressing the causes of the current economic crisis in Kurdistan Region, Professor Dlawer Ala’Aldeen, the president of MERI, stated that the “Kurdistan Region inherited a system from the previous regime that is incompatible with the current and future aspirations of its people. The crises we face offer opportunities, which we have yet not benefited from.  The economic system needs to undergo a substantial reform process and we are particularly pleased to see the Government committed to tackling the economy and making it a top priority.” Professor Ala’Aldeen offered MERI’s expertise and support in communicating policy research and reforms and engaging in public debate on these issues.

“If we get the economy right, we will have a more harmonious political system” Deputy Prime Minister Talabani in an interview for MERI website.