Learning from Japan: “economic revival after the war relied on local craftsmanship combined with technology”

“The case of Japan, today one of the most technological advanced economies in the world, represents a successful case of post-conflict reconstruction from which crisis-affected countries such as Iraq can draw lessons.” This was reiterated by Mr. Yukio Okamoto in a MERI seminar on “Japan’s experience of reconstruction after World War II.” Mr. Okamoto is a career diplomat, economic policy expert, former senior advisor to the Japanese Government and fellow at MIT Center for International Studies.

Japan was largely devastated by the end of the World War II, with a significant part of the urban fabric destroyed and a very high human cost from the conflict and, indirectly, from starvation and diseases. The prominent challenge was how to make the transition from a ‘warrior society’ to a ‘worker society.’ Indeed, Japan had no other advantage by then except the diligence of the people, its labour force. That was the real strength of Japan’s reconstruction: workers were very conscientious and passionate to meet their tasks, to rebuild the country and the society. Communities’ productive assets were restored, industrial capacity was improved and technology was combined with the local traditional craftsmanship. The Japanese economy revived. This was quick and effective, so that, 20 years after the war, Japan was even able to organise the Olympic Games. 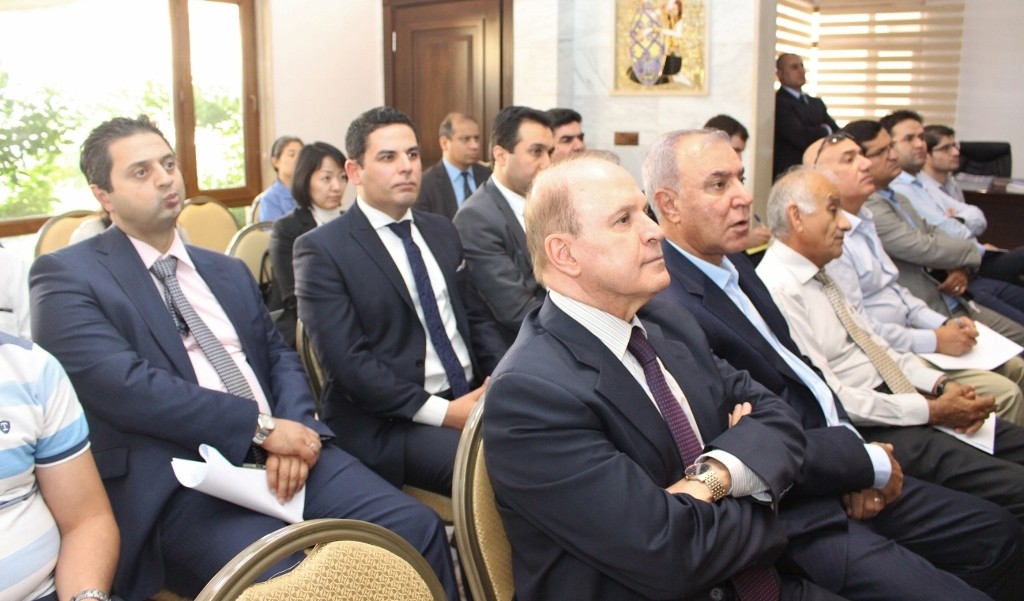 Some open wounds remain in spite of the post-conflict process, Mr. Okamoto lamented. Japan started as an aggressor, but was defeated and punished. Japanese people understood the situation and apologised. Children in Japan are educated on what Japan did from 1931 to 1941 so that it is not repeated. However, the sense of vendetta is understandably engraved in societies that suffered, such as China and Korea. This year marks the 70th anniversary of WW2 and China has launched a campaign to demonise Japan for what it did in 1940. Mr. Okamoto insisted that we should all be able to overcome the grievances for things done a generation or two ago. For a real reconciliation, one needs to put oneself in other’s shoes and understand their position. 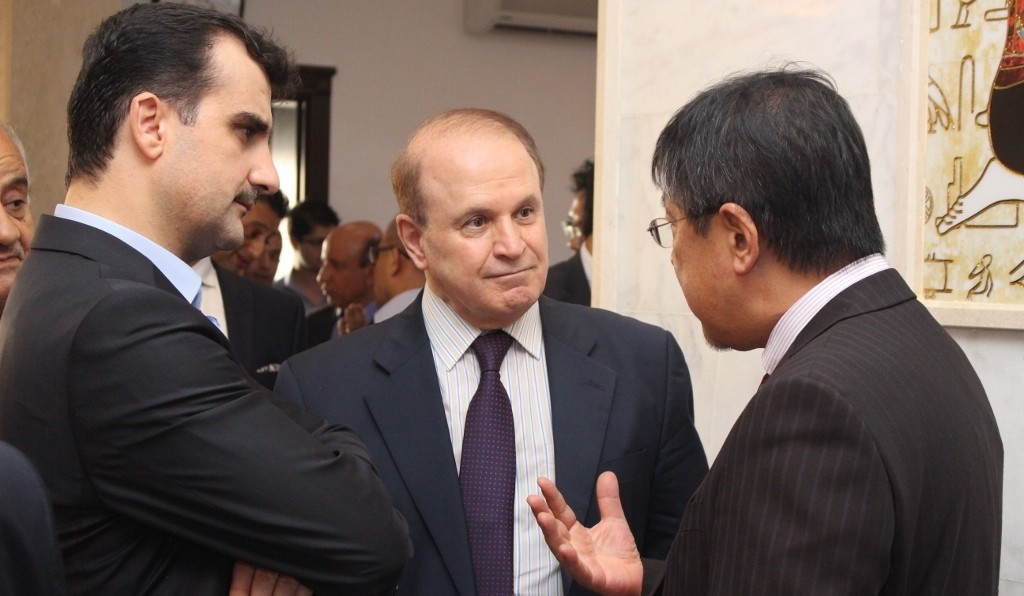 Ambassador Nashida engaged in a conversation with Minister Samal Sardar.

The seminar helped to draw some parallelisms of Japan’s experience for Iraq. For instance, for a proper process of post-conflict reconstruction, what needs to be in place is security but also unity, especially from the different communities in the country. Japanese reconstruction was aided by the unity of the people and the same, he reasoned, is possible in Iraq. He was hopeful that the source of power in Iraq lies not at the top elite of the central government, but on the mid-level professionals: mayors, teachers, lawyers, doctors, community leaders. This is the first key step for reconstructing the country, both the physical assets and the social bounds. “Reconstruction process would not be successful without the middle class empowerment”, Mr Okamoto stated to the officials, academics and business community present at the seminar, among them KRG’s Minister of Trade and Industry Mr. Samal Sardar, the Chair of the KRG’s Economic Council Mr Osman Shwani and academics and researchers from Salahaddine and Kurdistan Universities.

Japan is ready to invest in Iraq

Mr. Okamoto emphasized that Japan can become a key partner in Iraq’s reconstruction. He reiterated that more Japanese companies should come to Iraq, be more risk-taking and invest in the country. Industrial facilities must be upgraded and employment can be generated from enhanced competitiveness. Mr. Kazuya Nashida, Ambassador of Japan to Iraq, also present in the seminar, reinforced this argument in an interview with MERI website. Peace and stability is definitely a sine-qua-non for investment to materialise.

Ambassador Nashida also pointed out that in order to boost the attractiveness of Iraq and Kurdistan Region for foreign investors, institutional changes and structural reforms are needed. For instance, room for investment can be created by undertaking liberalization processes and a reform of the role of the public sector in the economy.