During his visit to MERI to discuss the current political and security climate in the Kurdistan Region, former U.S. Congressman Lincoln Davis highlighted the “genuine desire for progress in the Kurdistan Region…. and  that more needs to be done to convince the US congress to play a role in strengthening the US – KRG relationship“. 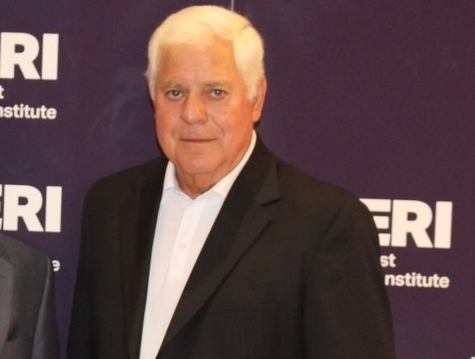 Congressman Davis, who was accompanied by members of his staff and met by MERI’s researchers, expressed his hope that US policy will become more favorable to Kurdistan and will recognize the effort that is being placed in fighting what is a global enemy.

With much of the discussion focusing on democracy and governance, the Congressman stated, “True democracy relies on rule of law”. He highlighted some successes in the Balkans as possible applicable models for the future of Iraq. He also identified Kurdish history as being a significant factor, stating that the Kurds have never been “bad actors” and had managed to sustain this despite oppression. This he felt, should lead to greater engagement with the Kurdistan Region. He went on to say, “The West has ignored a people that could have provided leadership in the region.”

While the Congressman was positive about the future of the Kurdistan Region he added caution, stating that if the public believes that they are not being involved, Kurdistan’s future will be increasingly difficult. It was agreed that Kurdish parties and civil society should reach out more to members of Congress. Mechanisms of how to achieve this were identified and discussed.

Congressman Davis has had strong ties with the Kurdistan Region, including founding the Kurdish American Congressional Caucus in the U.S. House of Representatives while also leading the first congressional delegation to Kurdistan.

Learning from Japan: “economic revival after the war relied on local craftsmanship combined with technology”
The Iran Nuclear Deal: A View from Erbil