The Future of Armed Forces in a Democratic Kurdistan Region

“The institutionalisation of the Peshmerga is a much needed imperative without which the war against ISIS and the deepening of democracy and nation-building in the Kurdistan Region are bound to suffer.” This was the collective consensus engendered in a high-level conference organized by the Middle East Research Institute (MERI) and Carnegie Middle East Centre involving key officials from the Ministry of Peshmerga, the American High Command in Iraq, and academic and subject experts. The Conference titled, ‘The Future of Armed Forces in a Democratic Kurdistan Region’ served as a launching pad for MERI’s project on the institutionalisation of the Peshmerga Forces. 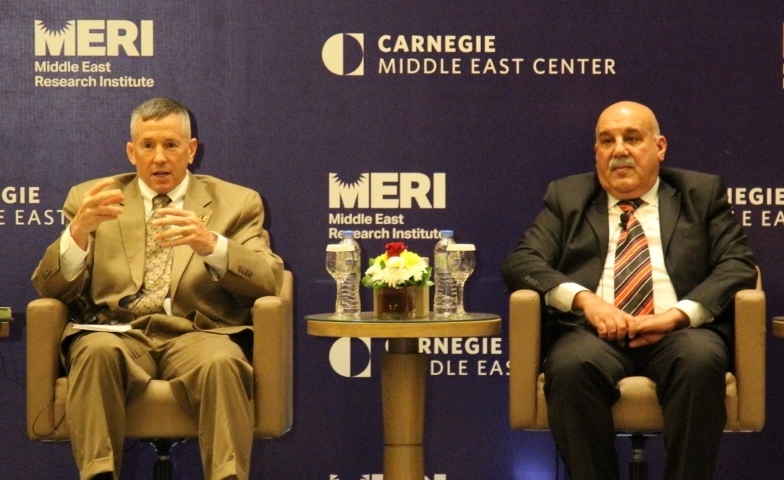 The deepening of the processes of unification and professionalisation entails efforts that are multi-faceted and require work in a number of different directions. MERI President, Professor Dlawer Ala’Aldeen, emphasised two challenges that lie at the heart of Peshmerga’s institutionalisation: first, there is a visible gap and shortage in command and control (C2) and second, there is a lack of management, professional development and leadership. This can be improved through the initiation of a performance management system and confidential assessment reports in order to guarantee optimum results. While the ghost of internal warfare has disappeared in the KRG, what we need is ‘progress by design’ in order to fast-track the process of institutionalisation, MERI President asserted.

In essence, it is important that immediate exigencies should not allow for the key tasks of institutionalisation to be delayed. MERI believes that while the financial crisis in the KRG, relations between Erbil and Baghdad, and the existential threat posed by ISIS are key factors impacting the Peshmerga, these should not allow for or be made an excuse in order to forestall the much-needed forward momentum to institutionalise the Ministry of Peshmerga. A strategic vision and framework outlining a road-map for the future is needed in order to devise a policy for the longer term. It is critical for the KRG to draw on its own indigenous resources and legacies as copying and pasting solutions from the experience of other states cannot be simply done, reasoned Dr. Yezid Sayigh, Senior Associate, Carnegie Middle East Centre. 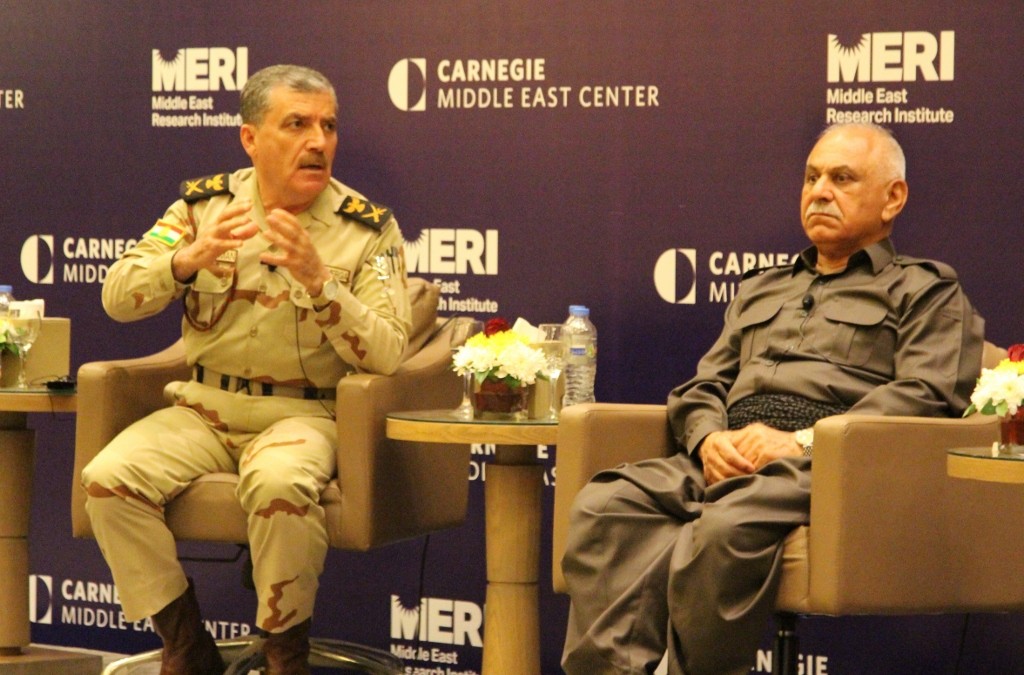 MERI’s project on the institutionalisation of the Peshmerga entails a long-term effort catering to a research focused, policy oriented study on professionalizing the Ministry of Peshmerga through sustained advocacy and critical engagement. The term institutionalisation embraces key technical, operational, performance oriented, strategic, planning, and financial variables that MERI’s holistic research will take into account. A sound footing is already in place with cooperative assurances from the Ministry of Peshmerga which has come forth in accepting MERI’s role and efforts towards this end.