Ensuring the Protection of Minorities within the Kurdistan Region

The Kurdistan Region of Iraq (KRI) should be proud of its reputation as a guardian of minorities, providing at risk groups with security and shelter. However, despite its rich social tapestry, the political system within the KRI does not reflect its diversity. In order to give minorities a stronger voice in the KRI, this diverse ethno-religious constituency requires true representation in governance and civic life. This was reiterated in a meeting marking the launch of the Middle East Research Institute’s (MERI) report titled “Protecting Minorities’ Rights in the Kurdistan Region: A Tailor-Made Model” on Thursday 8 October.

During the launch, Parliamentarians and representatives of non-governmental organisations affiliated to ethnic and religious minorities debated the MERI report, its recommendations and ways for taking the initiative forward through lobbying and legislation.

Professor Dlawer Ala’Aldeen, President of MERI, noted that currently 11 MPs represent minorities in Parliament but are only involved in crafting laws without real participation in decision-making and implementation processes in Kurdistan Regional Government (KRG).  One way to begin building on existing mechanisms and ensure shared ownership of the system of governance would be via the establishment of councils for ethnic and religious minorities.

Romeo Hakari, a Christian and former MP in the Kurdistan Parliament said MERI’s recommendation in this regard would contribute greatly towards inclusion and stability. “It will guarantee the active participation of minorities in the system of governance in the KRI” he added. 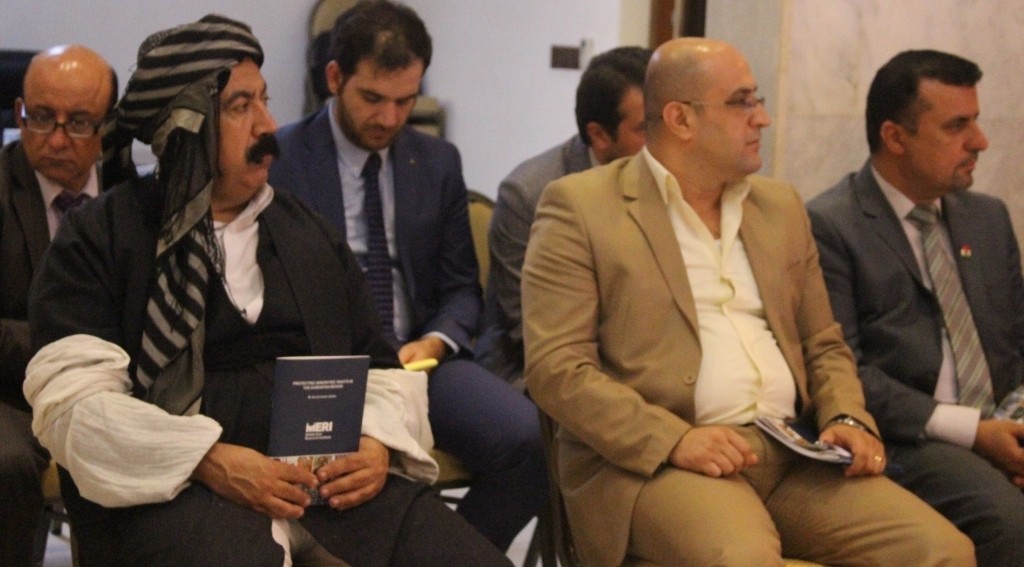 Kirmanj Othman, Advisor to the Human Rights Board in KRI also lauded MERI’s proposal for minority councils, noting that this will institutionalise the protection of minorities’ rights by enshrining their participation in the legislation, implementation, and monitoring processes of the KRI’s highly anticipated constitution. He offered the Board’s support for MERI’s initiative and to work with the minority representatives to take the proposal forward through the necessary legislation.

Participants of the meeting agreed that more must be done to protect the cultural, educational, linguistic and religious rights of ethnic and religious minorities in the KRI and that MERI’s report is a solid basis from which to further advocacy and policy in this regard, including through specific protections within the new constitution.  Building the confidence of minority groups in the KRI’s system of governance would ensure not only lasting stability and acceptance, but the preservation of the area’s vibrant and rich social tapestry as well.

Big Heart Foundation and MERI, at the crossroad for a better humanitarian response
Health System Challenges in the Face of the Humanitarian Crisis in Iraq