Big Heart Foundation and MERI, at the crossroad for a better humanitarian response

“We are looking forward to making a positive contribution to the humanitarian plights in the Kurdistan Region and particularly in the host communities” said Dr Jennifer Coolidge, President of Big Heart Foundation (BHF) during a meeting with a MERI team on Thursday October 1.

The delegation was keen to hear MERI’s insights into the complex context of the Kurdistan Region of Iraq and the challenges to addressing the needs of the displaced populations. MERI’s research on building resilience among displaced and host communities was a particular topic of discussion, as both parts agreed on the need to propose durable solutions for the humanitarian response. 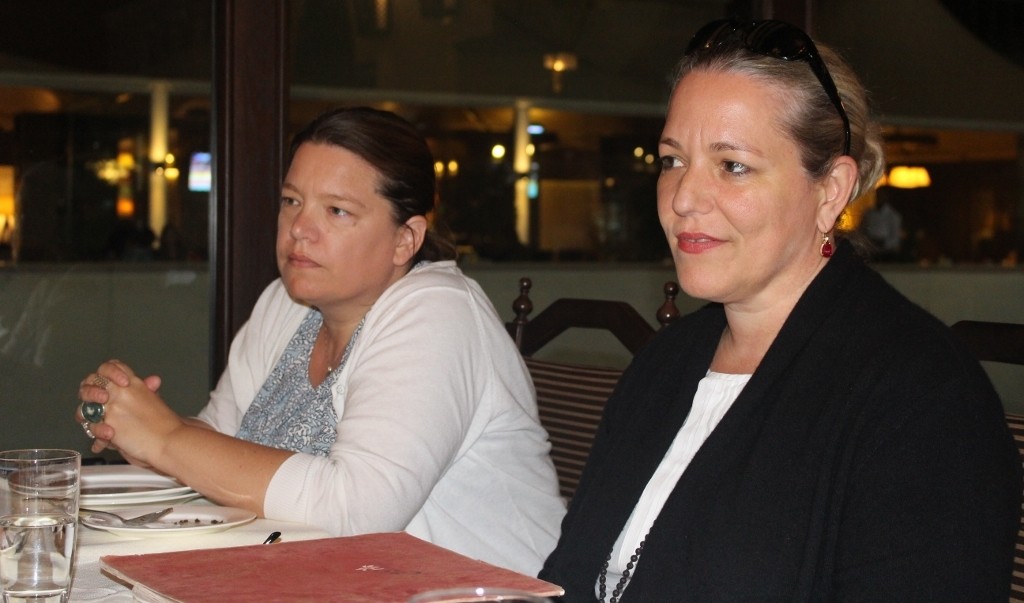 Following their successful start-up and expansion in Syria, the Organisation is now considering to expand its humanitarian relief into the Kurdistan Region by focusing on assessing and filling programming gaps. For instance, in terms of assisting the KRG with longer-term strategies and assistance for internally displaced people (IDPs) and refugee populations, as well as host communities and in emergency response to future IDP influxes.

“MERI’s research on building resilience among displaced and host communities will greatly inform our program planning as we are considering expanding our mission into Kurdistan Region” said Ms Laura Jacoby.

Professor Dlawer Ala’Aldeen, President of MERI, emphasized the humanitarian plight in the region and the Kurdistan Regional Government’s dire need for humanitarian assistance to support the IDPs and refugees.

“The financial capacity of the KRG is constraining the emergency response to the humanitarian crisis. However, interventions are urgently required to bring the living standards of the displaced families in both camps and host community to an adequate standard according to human rights” Professor Ala’Aldeen added.

Big Heart was founded by a Syrian American Kurd in June 2013. It has undertaken a dramatic scale-up since the start of Syrian conflict and has delivered over $50 million in aid inside Syria since 2013.

The two sides agreed to further cooperate in areas of research related to the humanitarian crisis and in submitting research grants.

Iran’s Consul General at MERI: Your work is appreciated
Ensuring the Protection of Minorities within the Kurdistan Region