“The United States Institute of Peace (USIP) is actively engaged with partners on the ground in Iraq and continues to explore ways of assisting further. We have heard much about MERI and were keen to visit and discuss issues of mutual interest with you” said Ms Nancy Lindborg, President of USIP, during her visit to MERI’s office in Erbil on 10 September, 2015. 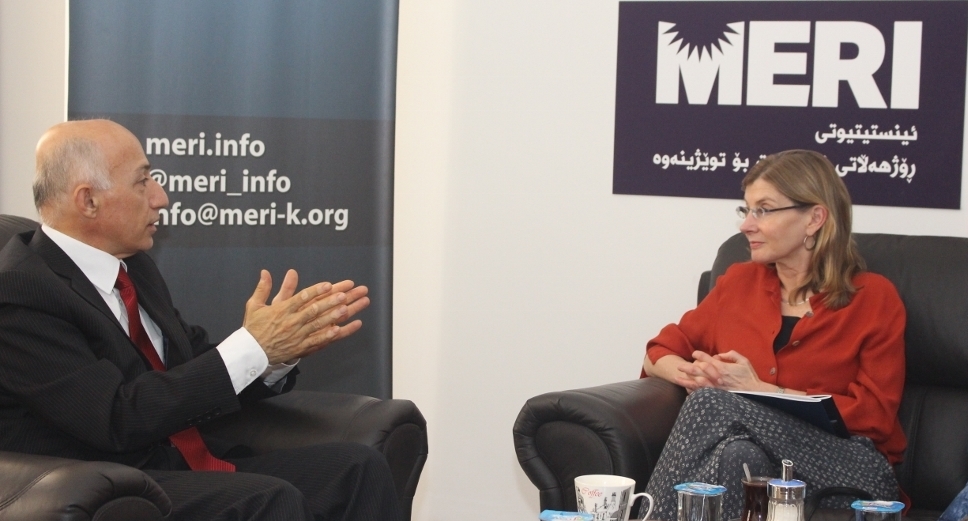 The delegation were particularly interested in issues relating to internally displaced people and refugees, and wished to learn more about current KRG strategies for both their short and long term future.

Professor Dlawer Ala’Aldeen, President of MERI, appreciated this visit and valued future engagement with USIP on issues that relate to peace, stability and democracy in the Kurdistan Region of Iraq and the wider Middle East.  He offered MERI’s help and collaborative engagement towards achieving common objectives.

The USIP President, Ms Nancy Lindborg offered to host MERI’s delegation during their upcoming visit to Washington DC.  MERI is planning to present a number of research projects, including the Kirkuk and Minority Rights Policy Reports, in Washington in October and update the think-tank community about the latest developments in Iraq.