The Role of Think Tanks and Policy Institutes in Iraqi Kurdistan

The importance of think tanks in terms of their impact and success in influencing policy-and decision-making process is to a large degree determined by the value which a society attributes to research and academic methodologies. In other words, the attitudes of the public and their belief in the ability to come up with solutions for complex issues is what ultimately decides whether think tanks can make a difference.

This was the opinion expressed by many members of the civil society in Kurdistan when asked the central question: “Do think tanks matter?” during a roundtable event hosted by MERI as part of the Global 2015 Go To Think Tank Index Launch coordinated by the Lauder Institute’s Think Tanks & Civil Societies Program, at the University of Pennsylvania. Among the attendees of the event on January 27th, were academics, local and international NGOs, local media as well as policy-makers from within the Kurdistan Regional Government. 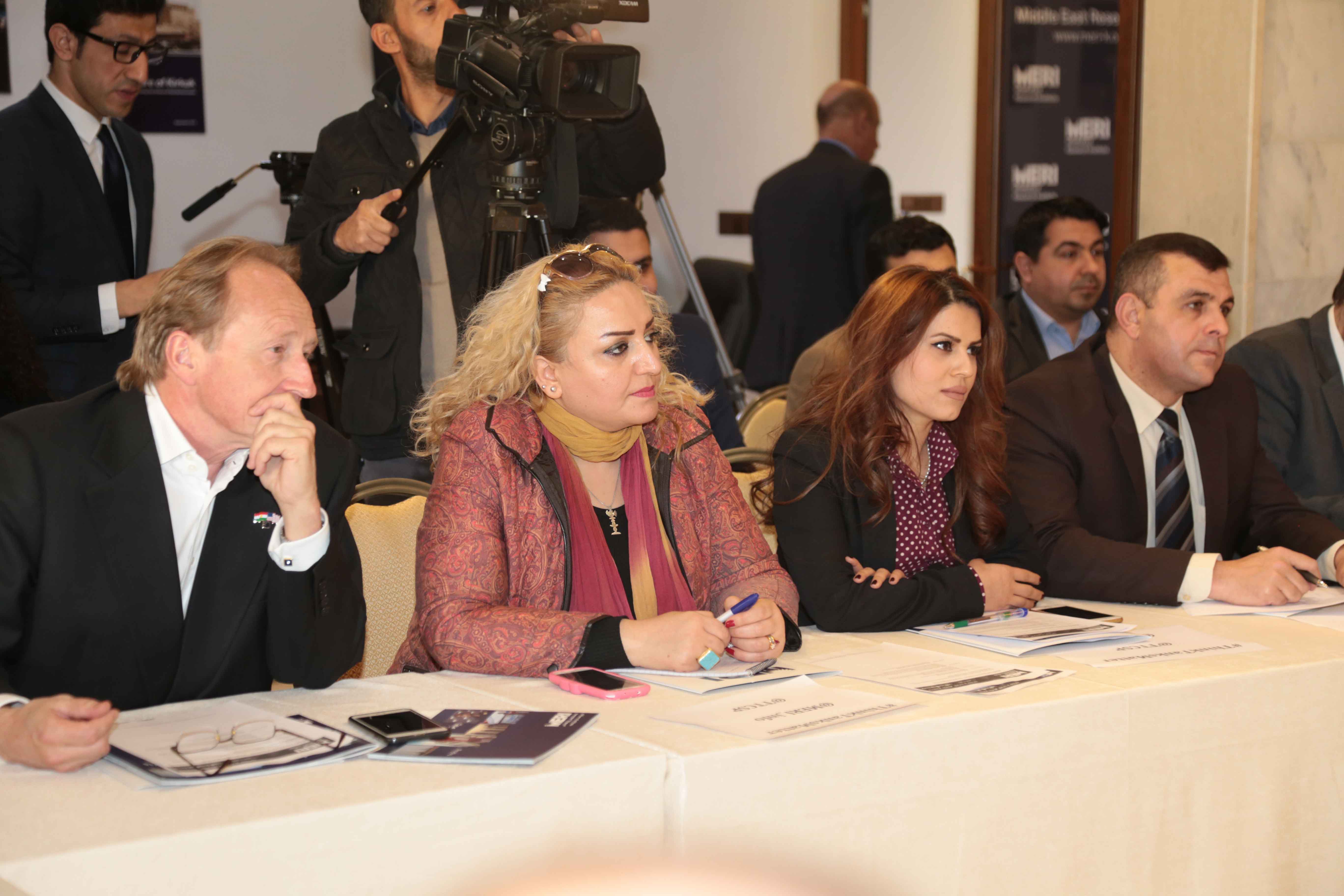 Tanya Gilly, the roundtable moderator and former MP in the Iraqi parliament opened the discussion by directing the question to the participants. Think tanks can be important in terms of what they produce as well as their ability to conduct sound academic research in a timely manner. While universities are slow to produce research and publications, policy-makers often need empirical research and recommendations to keep up with the fast pace of changing economic and political landscape. This is where think tanks can make a difference to fill the gap, according to Javier Brolo, an academic and senior data analyst at YouGov.

Several speakers stressed the need for transparency in funding and independence in order to be trusted by the public. Think tanks should always disclose explicitly who funds them and what their long-term objectives are. Dr. Saman Shali claimed think tanks should always be explicit in answering the questions: who are you influencing, and on what basis? Furthermore, the attendees of the roundtable implored MERI to focus on the “hot issues” that currently exist in society such as the presidential issue, the status of the rule of law in the region, and the economic crisis. Several speakers expressed that research from think tanks such as MERI should be directed at informing and educating both the government as well as the general public.

The importance of think tanks in terms of their impact and success in influencing policy-and decision-making process is to a large degree determined by the value which a society attributes to research and academic methodologies.

During the second session, the central question was whether Kurdish civil society is having an impact on government policy. Some of the people present expressed frustration with the process, but some positive examples were also mentioned. Firstly, it was pointed out that lowering the admissible age to parliament from 30 to 25 was mostly the result of pressure from various civil society groups to make politics more accessible to the youth. Secondly, Salih Fatah underlined the need for MERI to support small NGO’s through research and capacity building because these NGOs are making a difference on the ground at grassroots level, according to the Director of Gender Studies at Soran University.

Several speakers highlighted the importance of education and engaging the youth in Kurdistan. If the people value and trust what a think tank does, it can have an impact. Education in this sense is very important because it alters ethics in the society through research, according to Zeyad Mahmood, a former War College dean.

Olivia Elias, an activist for Yazidi issues, said we must not only look at the educational system but also religion and family because right now, think tanks like MERI resonate more with the educated and professionals than with the broader public.

The event closed with some clear recommendations for MERI offered by some of the speakers. Javier Brolo noted the importance of sharing agendas to avoid duplication of efforts and to establish partnerships where possible, rather than competition. Important and fruitful partnerships could be established through communication and agenda-sharing. Finally, Dr. Samad Shali suggested MERI could organise debates held at universities in the region to bring people together and enable them to discuss the hot issues that currently remain unresolved in Kurdistan.