Whilst the war against ISIS continues to dictate priorities for policy-makers in the Middle East, the Kurdistan Region of Iraq maintains its commitment to democratization and nation-building. In spite of the political will for reforms, the heavy burden of war and its consequences have, nonetheless, crippled necessary reform processes. Hosting over 1.5 million IDPs, paired with insufficient funds due to an on-going budget dispute with the central government in Baghdad are just a few of urgent questions Kurdistan Region is currently faced with.

But Kurdistan Region’s challenges go beyond the urgent. They include the lack of transparency and the difficulty to control corruption. Further, social injustice, interference with the justice system, the very structure of the judiciary, and an out-dated legal framework are only a few to mention.

Based on its mandate to build capacities and promote democracy, the Middle East Research Institute (MERI), therefore, after intense studies of the justice system, has embarked on an initiative to help relevant state institutions in their efforts to strengthen the rule of law in Kurdistan Region.

In this context, on February 26, 2015, MERI’s Democracy and Governance team was invited by the Judicial Council of Kurdistan Region to discuss concrete steps to enhance the rule of law. The visit was a follow-up to recent meetings between Chief Justice Ahmed Zubair, the President of the Judicial Council in Kurdistan Region and President of MERI, Dlawer Ala’Aldeen, in which they agreed on the significance of the rule of law in democratic societies and the essential role of the Judiciary to uphold the sovereignty of law in the process of nation-building. 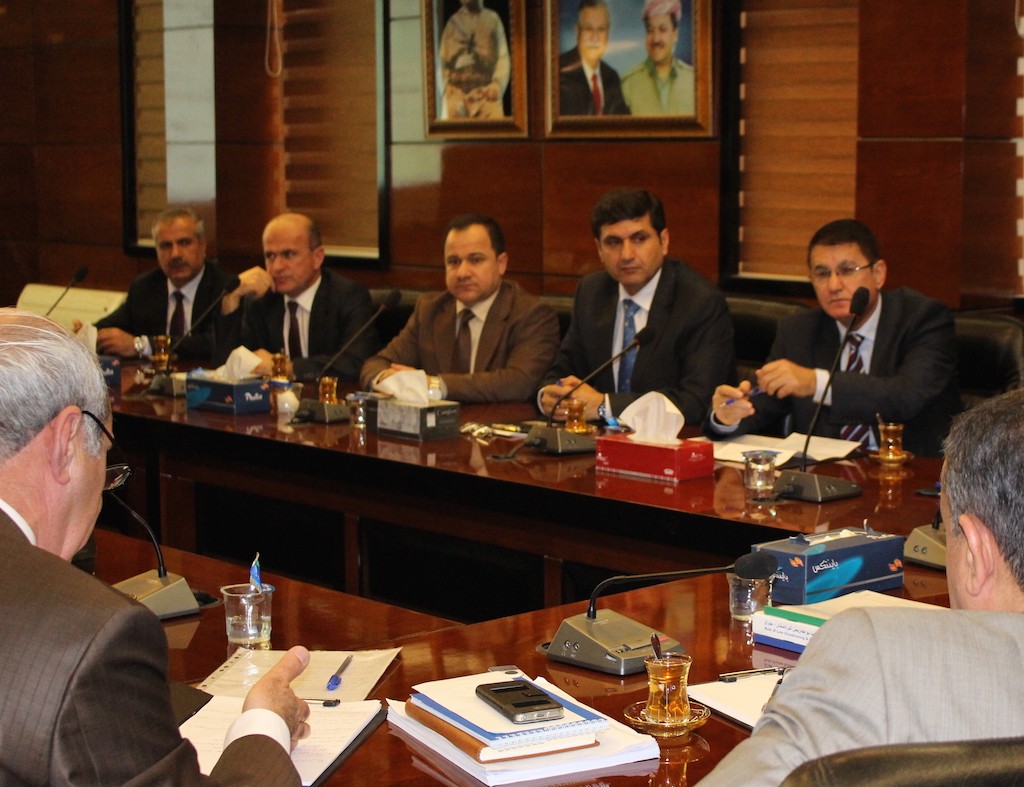 Present at the meeting were 12 judges including the heads of the Appeal Courts of Erbil, Slemani, Dohuk and Garmian District, Justices Shakir Sharif, Latif Osman, Muhammad Amin Hadi and Akaram Faraj.

In a comprehensive proposal, MERI put forward an agenda towards strengthening the rule of law in Kurdistan Region through empowerment of judges by enhancing their role in implementing the law. The proposal was received with all-round enthusiasm.

The proposed programme tackles the systemic weaknesses identified in the justice system, such as inefficiency in bureaucratic procedures, legal loopholes and out-dated legislation, as well as, the lack of performance standards. These limitations impede the justice system from fully exercising its functions. To address this, the initiative will introduce a quality-based approach to enhance the quality of processes in the justice system.

Based on the principles of Good Governance, the project will promote measures to ensure efficient and transparent procedures performed in line with ethical standards that are derived from a coherent system of legislation and regulations. The different levels on which this project aims to have an impact are: enhancing quality in bureaucratic procedures through monitoring quality, ‘management & leadership’ and advising on draft legislation. The programme is embedded in an inclusive process with all stakeholders. This ensures ownership on the side of judges who themselves would drive the reform process. More importantly, it builds much needed trust between society and the Judiciary.

To initiate the project, it was agreed to start a pilot with Erbil Courts and Judges. Hereinafter, a tailor-made Quality Assurance programme for performance assessment of individual judges will be introduced. A workshop will be organised to launch this reform programme and train judges on implementation. The programme will expand beyond the pilot and will systematically cover whole Kurdistan Region in the next few years.