Iraq and the Kurdistan Region of Iraq (KRI) are experiencing critical times in their post-Islamic State and post-referendum existence. Tensions between Baghdad and Erbil have increased after the KRI held its vote for independence on 25 September 2017. To help find common grounds between the two sides, local, national and international facilitation and assistance are crucial.

The United States Institute of Peace (USIP) has over the years provided critical financial and technical assistance to government institutions and non-governmental organizations in Iraq involved in reconciliation and peace building initiatives. For example, USIP has previously funded several MERI projects, including in-depth analysis of ethno-religious minorities’ perceptions of conflict and reconciliation. MERI conducted extensive research and published five policy reports on the perceptions of Christians, Yazidis, Turkmen, Shabaks, and Sabean-Mandaeans.

On 11 February 2018, MERI convened a roundtable discussion with a senior visiting USIP delegation, attended by a diverse group of opinion leaders from the KRI and MERI. The event was conducted under Chathom House Rules.  Below is a summary of the discussion and conclusions:

In Search of Optimism About the Future

Iraq is living the aftermath of a critical set of developments that took place over the past five months, including the Kurdistan Referendum, reclaiming of disputed territories by federal authorities, and the defeat of the Islamic State (IS).

Discussants underlined that military successes against the IS militants continue to serve as a pivotal step, giving rise to a positive development in the country: the demands by grassroots activists that the government takes steps to mend governance, empower the rule of law, and improve provisions of services.

Yet, many argued that the Iraqi government has largely been unresponsive to popular demands and expectations. Consequently, Iraqis are becoming increasingly disillusioned with the entirety of the political and democratic processes. They feel pessimistic about the future, fearing that next parliamentary elections will produce the same roster of leadership whereby Shiite political parties join together to form the next government and maintain status quo.

Attendees also discussed the inability of government to build trust in state institutions or amongst local communities, especially in IS-liberated areas. Although millions of Internally Displaced Persons (IDPs) have returned to their homes, many feel unsafe, in large part due to unnerving demographic changes and the presence of IS members with security forces failing to arrest despite intelligence tips by citizens. Moreover, millions of other IDPs have yet to return to their homes, especially minorities who, as a MERI study explains, prefer to either remain in the KRI or migrate abroad for these and other reasons.

Kurdistan Referendum and its Aftermath

The KRI continues to live the ramifications of the Kurdistan Referendum, which caused the federal government to impose a host of punitive measures against the KRI, such as closing airspace to international flights, cutting civil servant salaries and using armed forces to reinstate federal authority over disputed territories, including the oil-rich Kirkuk on 16 October 2017. This represents the biggest milestone in fractured relations between Baghdad and Erbil. What is troubling is the longevity of the punitive measures, leading to economic losses and salary cuts, further increasing the sufferings of Iraqis living in the KRI.

The next federal parliamentary elections slated for 12 May 2018 risks installing any progress in negotiations between Baghdad and Erbil, as politicians develop hawkish and nationalist positions in order to gain votes. Some Kurdish parties have lost hope in any meaningful progress prior to elections, seeing Baghdad as uninterested and unwilling to engage in serious negotiations that can adrress the fundamental issues underlying disunity in the first place. The weakness of KRI government and fragmentation of Kurdish political parties will also influence how Baghdad behaves.

There is a general feeling among many in the KRI that al-Abadi’s government is punishing the Kurdish population at large, not the politicians. The punitive measures, some of which will likely lead to growing control over the KRI by central authorities, is unsettling to the Kurds who feel that KRI’s autonomy, as granted by the Iraqi constitution, is being eroded.

Many Kurds are disappointed in America’s perceived unreserved support to Al-Abadi, which, along with Iranian support, emboldened him to impose such punitive measures and reclaim disputed territories. Such U.S. support, however, could be interpreted from the lens of a U.S strategy to establish a stable, secure, and prosperous Iraq, with the KRI being part and parcel of it. Yet, this approach may damage this process altogether as it can pull the Kurds and the central government away from each other. 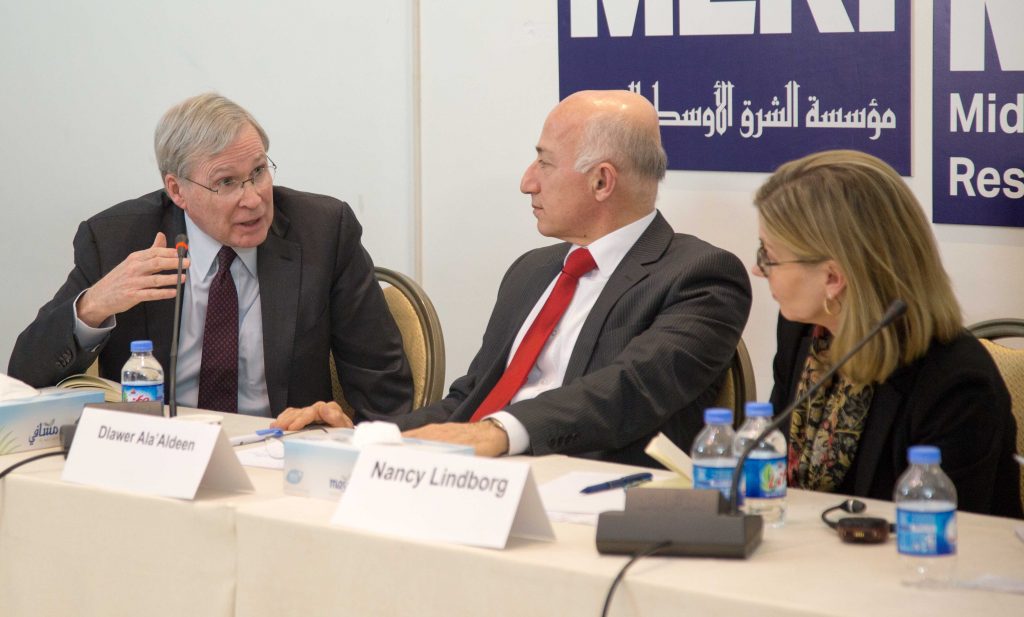 The Islamic Republic of Iran is seen to have an oversized influence in Iraq. Such influence is almost assured to remain as Tehran succeeds in overwhelming the state system and institutions. Akin to the Lebanese Hezbollah, the pro-Iranian political wing of the Popular Mobilization Units (PMU), al-Fatah (Conquest) Alliance will likely win a significant number of parliamentary seats in the upcoming elections, further cementing Iran’s influence at the institutional level. As such, Iran is less concerned with who is going to win the post of prime minister so long as Iraq remains unified and Tehran maintains its influence on the institutions and over society.

Many participants were of the opinion that Iranian hegemony over Iraq’s decision-making process has occurred largely because of a leadership vacuum caused by the departure of American troops from Iraq in 2011, which Iran was ready to fill. Constructive American engagement and leadership are needed in the Middle East, especially in Iraq. Neither the Europeans nor the Russians are able or willing to provide such leadership. Failing that, Iran appears on-track to influence the future of Iraq.

Iraq’s problems are multifaceted, and thus should not be reduced to defeating IS, uprooting corruption, reconsidering KRG-Baghdad relations and the likes. As such, there needs to be a correlated and multifaceted effort to deal with the country’s complex and intertwined problems. Structural reforms that include amending Iraq’s political and electoral systems are critical but unlikely if the U.S. focuses  on empowering individuals, including al-Abadi, not institutions. Actors at the local level must also be empowered to decide their destiny and respond to international activities. 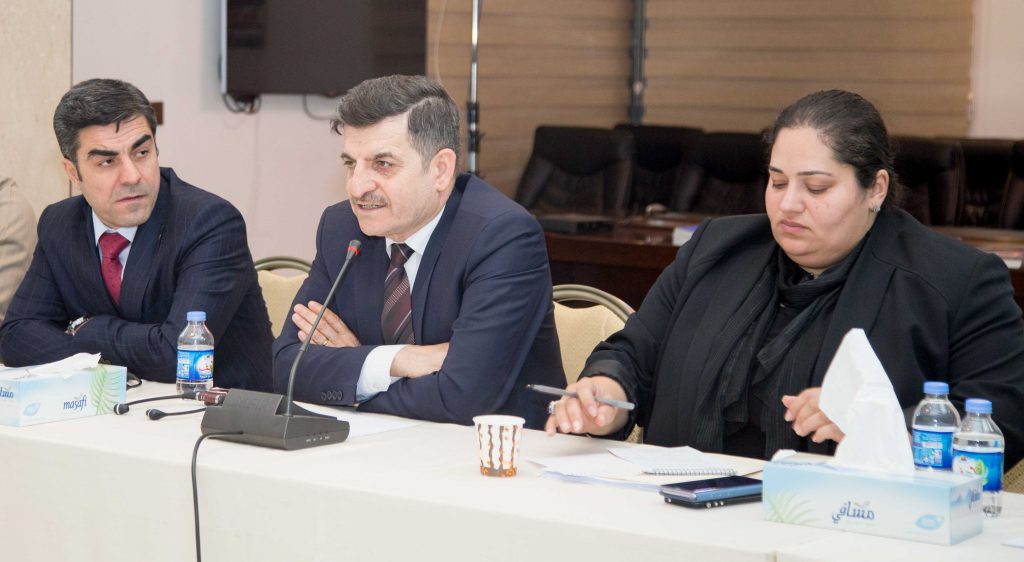