Displacement, Emigration and Uncertainty in Iraq: A Policy Debate

“It is the duty of Iraq to take care of its people based on the common principles of human rights. The central government in Baghdad and the Kurdistan Regional Government need to show commitment to providing citizens with adequate security, safety, and social services,” said a senior European diplomat based in Erbil during a policy debate held at the Middle East Research Institute (MERI) on 18 February 2018.

The debate was organized, primarily, to discuss the findings and policy recommendations put forth in MERI’s latest study entitled, “Displacement-Emigration-Return: Understanding Uncertainty in Iraq.” Participants included senior diplomats from the Dutch, British, French and Kuwaiti Consulates; senior officials from the International Organisation on Migration (IOM), the United Nations High Commission for Refugees (UNHCR), the Joint Crisis Coordination Centre (JCCC); experts from local and international non-governmental organisations and academics and fellows from MERI and other research institutions in the Kurdistan Region of Iraq (KRI).

Following the Islamic State’s (IS) onslaught on Iraqi territories in June 2014, more than 3 million internally displaced persons (IDPs) fled their homes in search for security and safety. Of these, around 1.3 million found refuge in the Kurdistan Region of Iraq (KRI). In parallel to these displacement waves, Iraqis were also choosing to migrate onward, mostly through Mediterranean Sea smuggling routes. But since 2017, perhaps encouragingly, a large number of IDPs have returned to their places of origin.

Based on 500 questionnaires and 30 semi-structured interviews with IDPs, the study investigated the motives behind IDPs’ decisions to remain in the KRI, emigrate abroad, or return to their places of origin.

The data indicates that although slightly more than half of the sample of those who wish/plan to leave Iraq (55%), only a minority of the subjects (23%) actually developed a concrete plan to do so. Emigration was most appealing to those aged 26–35 and among those with no or low levels of education. Notably, Yazidis and Christians were more represented among those who wished or planned to leave Iraq. In addition, chief pull factors point to the presence of family/relatives and friends as well as the confidence to receive refugee status upon arrival.

Ultimately, IDPs perceptions of insecurity and lack of economic opportunities appear the most compelling reasons driving their wish/plan to emigrate. The data suggests that perceptions toward the future political, economic and security situations in Iraq (expressed in the next five years) are the most relevant factors determining people’s decision to emigrate abroad: within an overall negative assessment of the future of Iraq, IDPs wishing or planning to emigrate held a more pessimistic view compared to those who wanted to return or stay in displacement. Parents “choose to emigrate to Europe because they want to make sure that their children have a better future,” said one participant. Indeed, lamented another participant, what drives many IDPs to emigrate is the “perception that Europe is better [than Iraq].”

Interestingly, the study finds that socio-political (i.e., relations between IDPs and hosting communities) and socio-economic (i.e., income level and employment status) factors are less significant in determining IDPs’ wish/plan to leave the country. But it is important to note that, while they do not directly influence IDPs’ intentions, they contribute to a distressing sense of uncertainty that is ovewhelmingly prevalent among IDPs.

Here, participants explained that such perceptions are grounded in GoI’s inability to, among other challenges, build citizens’ trust in state institutions or among local communities, especially in IS-liberated areas. The GoI, as well as the KRG, are also seen as incapable of or unwilling to, address such challenges, contributing to a governance of uncertainty best illustrated by the absence of a comprehensive framework for managing displacement and return in both the KRI and Iraq, proper. 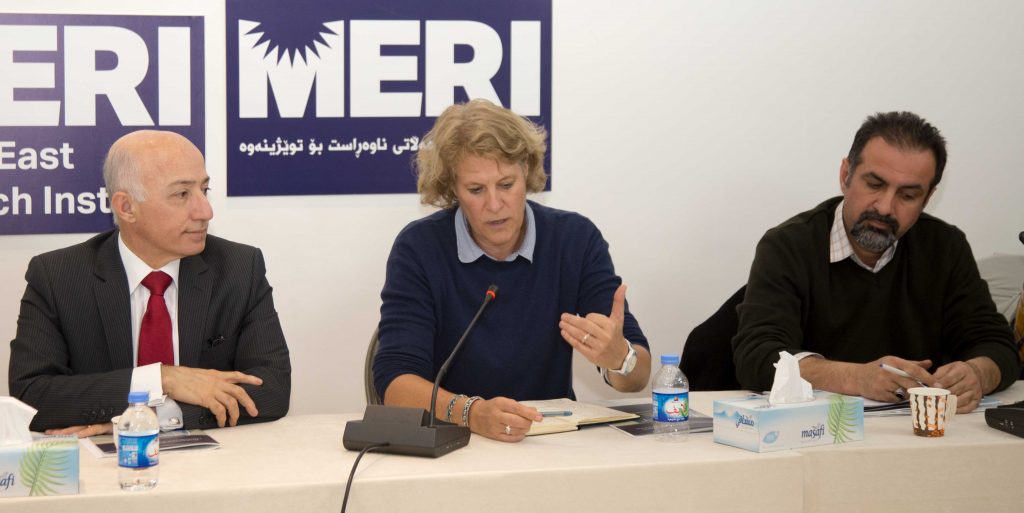 Participants discussed how certain existing policies and practices require that IDPs return to their places of origin —notwithstanding the conditions on the ground — as a precondition to receiving state salaries. These render return involuntary, thus, unsustainable and contravening UN non-refoulment norms and laws. “Conditions are not in place for sustainable return,” noted some participants and unsustainable return is driven by a complex host of political, economic and social grievances, including lack of services, insecurity, and unemployment in liberated areas.

Today, although nearly three million IDPs have returned to their homes, many still feel unsafe and insecure under the existing conditions, especially in Mosul. As a result, secondary displacement is on the rise as returnees (former IDPs) flee their homes to return to previous areas of displacement. According to one expert participant, “172 citizens from Mosul have recently arrived to IDPs camps in the KRI, of these, 55 are returning IDPs who cited fear of militias and lack of jobs and services as reasons for their return.”

Federal, regional, and local authorities in Iraq must work to build a fair and equitable state, prosperous nation and also provide the necessary conditions for a safe, voluntary and sustainable return  of IDPs to their places of origin. This would require a national framework for psycho-social assistance, economic investment, and political reform to address social grievances and causes of radicalization, militarization, sectarianism, and conflict.

If successfully implemented, such a framework would inhibit high-cost crises from re-emerging, minimize uncertainty and weaken the trend of onward migration among IDPs. As one participant stated, “what Baghdad and Erbil need to do is to create the proper conditions that make Iraqis want to stay in their country.” Such conditions would also incentivize Iraqi émigrés to return to Iraq, serving as critical assets in the stabilization and reconstruction efforts. As such, “the GoI and the KRG should view attracting these expats as an indispensable investment in Iraq’s future,” lamented one participant.

In the end, and while some discussants expressed pessimism about future initiatives to tackle issues of insecurity, displacement, uncertainty, and emigration, others were cautiously optimistic. Such optimism, as participants noted, will, however, depend on the “political will of Iraqi leaders to stabilize their country” as “everything is doable if political will can be found.” One way to show political will is for Prime Minister Haider al-Abadi to directly engage local communities and “lead the reconciliation process – it should not be his advisors,” noted one participant. 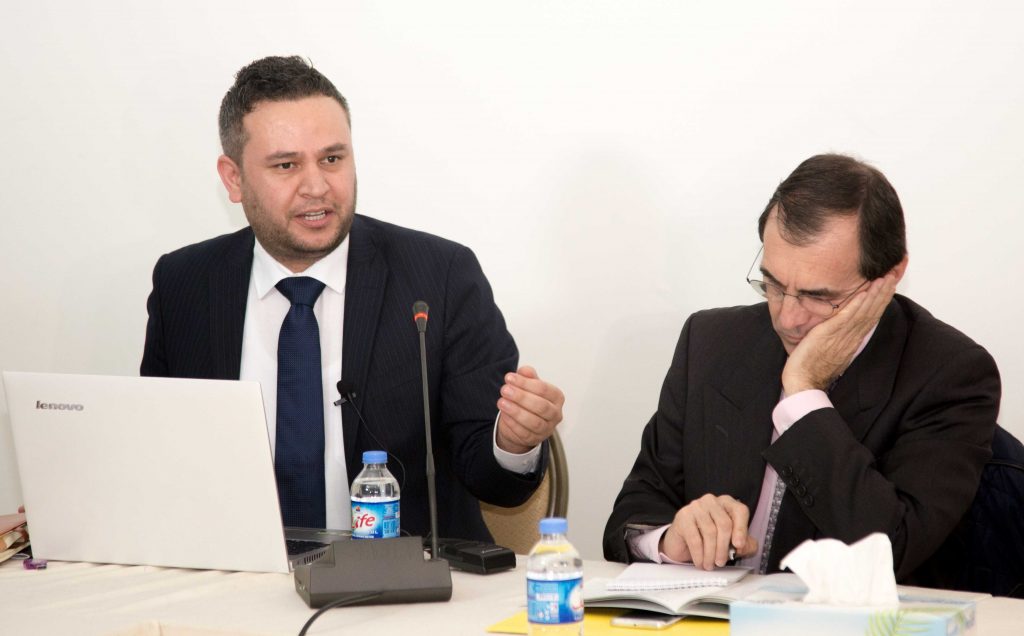 The study and the participants both called for development of robust policies that:

MERI Hosts a Policy Debate with USIP Visiting Leaders
How Deep Are The Gaps Between Turkey And The EU In The Middle East?: A Policy Debate