On February 15th, 2015, in a meeting with the President of MERI, Bernard-Henri Lévy, known to the French as B.H.L., raised his concerns about the international coalitions’ lack of clear vision and strategy in the fight against ISIS.

B.H.L. is one of the most prominent contemporary French philosophers and an influential thinker on religious and international affairs. He is widely known for his engagement in Libya’s civil war during the ‘Arab Spring’ in 2011, where he promoted the backing of the Libyan revolt against Muammar Gadhafi. He later called the West to intervene in Syria to ‘stop Assad’s Slaughter’ by measures such as the creation of a ‘No Fly Zone.’

During the siege of Kobane, Bernard-Henri Lévy expressed his criticism of Turkish policy. He considers Kurds to be the right partner for the international community in the fight against ISIS, as they have a clear vision and the willingness to fight; an assumption he claimed was endorsed further in his recent visit to the Kurdistan Region. Left alone, the region would continue to slide towards more conflict and bloodshed.

Among the many visits with top policy-makers and intellectuals in Kurdistan Region, Bernard-Henri Levy’s meeting with Dlawer Ala’Aldeen focused specifically on concrete steps that could help  raise awareness on the need for strategic collective action on the part of the international community. The discussion focused on the security and political crises facing Iraq, Syria and the wider Middle East through the unprecedented advances of ISIS as a terrorist organisation, which currently occupies large swathes of territory in both, Iraq and Syria. 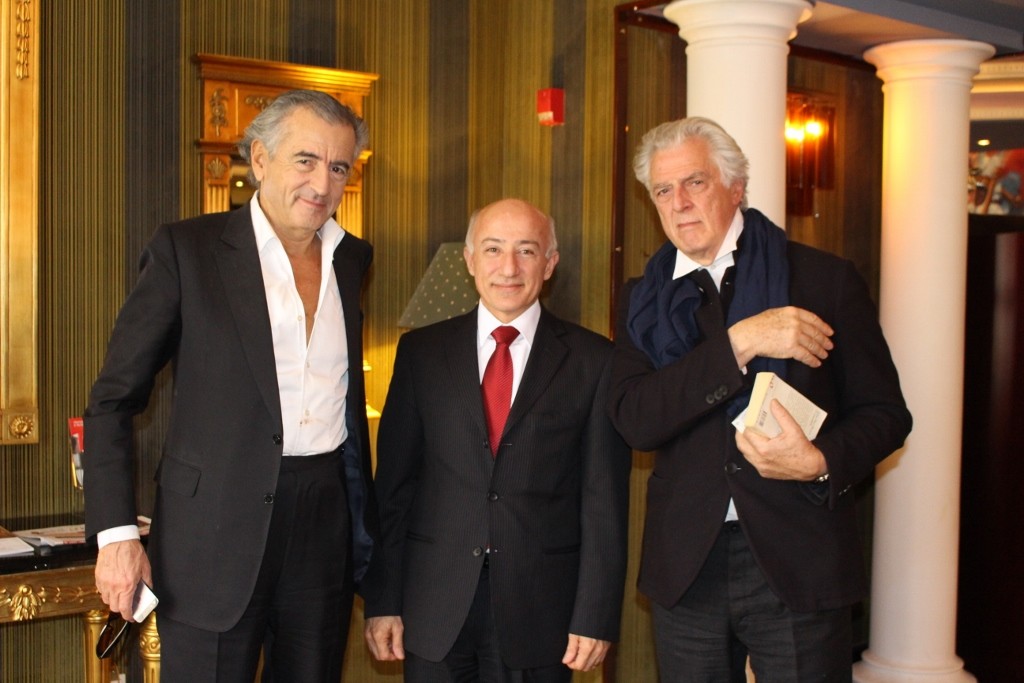 Bernard-Henri Lévy introduced his Paris-based institute, ‘La Règle du Jeu’ (the Rule of the Game), which covers a mix of contemporary political and philosophical topics. The meeting concluded with strong mutual interests expressed for exchange and collaboration between MERI and B.H.L.’s institute, by bringing together decision-makers and world leaders on a platform to debate and address the security threat that ISIS is posing to all, and the necessity for a comprehensive collective response.

Tom Malinowski: Seizing the post-ISIS opportunity for democracy and inclusion
David Miliband at MERI: ‘There is a Strong Humanitarian Imperative to Engage in Syria and Iraq’