Women, Terrorism and Media in the Middle East: the Kurdistan Example

“In recent years, sexual violence against women perpetrated in conflict areas around the world has reached endemic proportions. There has been increased publicity about it, but silence still surrounds it” said Gill Hague, Emeritus Professor for the Center for Gender and Violence Research at the University of Bristol in a seminar held at the Middle East Research Institute on women, terrorism and media.

On her 4th visit to Kurdistan Region working on gender based violence awareness, Professor Hague highlighted the need for an intersectional analysis of violence and abuse against women. “Sexual violence as a war crime is recognized. With the phenomenon of ISIS publicizing its abuse of Yezidi women with impunity, these issues are hitting the media more than ever. While these issues are exacerbated during times of conflict, forms of violence and abuse persist post conflict”, she added. “A multi-pronged strategy is needed: law is one aspect of it, but education, activism, outreach and media play a big role in raising awareness and forming public opinion.” 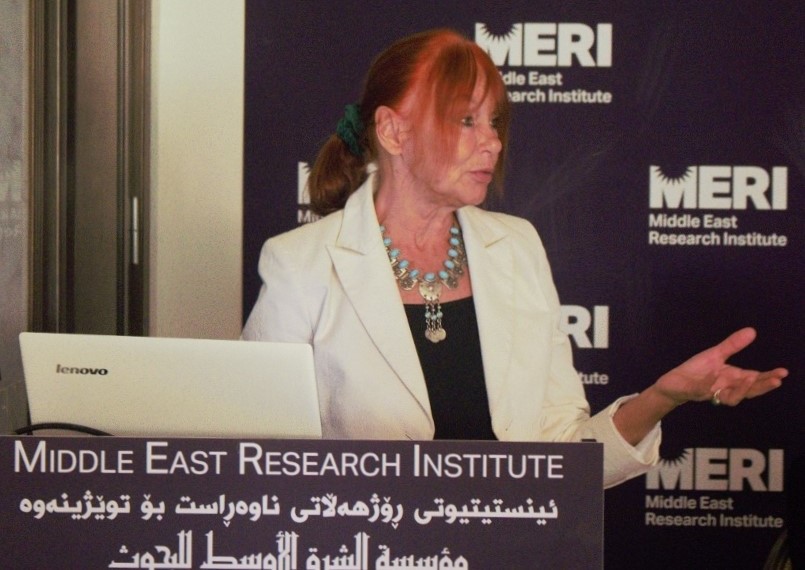 The sensational coverage of the events in Sinjar has raised hopes that societal and women’s issues would now become more discussed in the media. For these experts however, the optimism was muted by missed opportunities to engender a long-term debate about cultural norms and values, and women in Kurdistan’s media.

“The heads of channels or papers are mainly men. For those that are party-affiliated, there is little space devoted to non-political issues. These authority figures are to blame for such discrimination in the media”, said Taman Shakir, journalist and women’s rights activist. “A social revolution is needed to achieve equality in Kurdistan” she argued, complaining about a lack of independence, unity and of women’s voice in the media.

The role of the media as a powerful set of actors in society was echoed throughout the event. “The media have the capacity to inform and allow for debate and deliberation. They also play an important part in the process of governance, ideological, cultural, public opinion formation and decision-making” noted Dr. Nazand Begikhani, Senior Research Fellow for the Centre for Gender and Violence Research at the University of Bristol.

Women in Kurdistan however have been challenging the status quo for the last 20 years and it’s important for the fight to keep going. “In Kurdistan Region, there is a lack of critical analysis, professional standards and codes of ethics”, she argued, seeing it as particularly disappointing since the media serves as an important archive and index of development and progress for women’s rights.

Dr. Begikhani lauded the progress of women in media, but like Ms. Shakir, she highlighted the need for more representation in the media in Kurdistan Region to help develop an informed discussion and analysis of patriarchal barriers and address the ineffective or non-implementation of laws on the ground. “The government response is not focused: policies and legislative developments fail to tackle new forms of violence and abuse against women.” 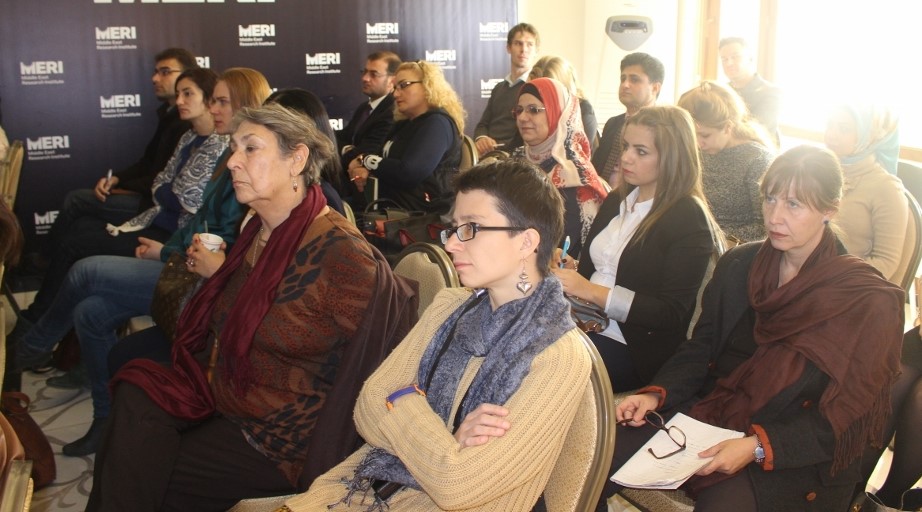 In cyber media, women have found a new mean of interaction, going beyond their immediate location, making their individual and collective voices heard, getting involved in international debates and promoting themselves as public figures. Unfortunately, it comes with a double sided effect, as new forms of abuse towards women appeared. “The reproduction of structural violence and abuse of women in cyber media aims to kill women symbolically. It is about power, controlling women, placing them under surveillance, discrediting them, silencing them and isolating them,” she concluded.

Nevertheless, women are not always victims of war. Women in the Kurdistan Region became warriors in the fight against ISIS. “These women are combatants, activists and builders of peace, reconciliation and recovery” stated Professor Hague. “It is an honour to be here and involved with the KRG as it builds a new society, battling issues for women and humanity”. For Sophie Musset, writer of “The role of Kurdish female fighters in the war against ISIS”, the women fighting for their freedom in Sinjar encapsulate the symbolism of progress. “A Yezidi woman fighting ISIS I met told me she used to be a singer before the war and sang about the successes of the Peshmerga. Now, she is creating her own successes.”