In a meeting at the Judicial Council, Justice Nasha’at Ahmed Rasheed the Chair of Judicial Supervision demonstrated their commitment to the reform of the judicial system, and transform the role of Judicial Supervision.  He welcomed Prof. Dlawer Ala’Aldeen on Monday, April 20 and MERI’s initiative for strengthening management leadership, and reaffirmed the significance of court modernisation in the nation-building process.

MERI’s ‘Good Governance and the Justice System’ project was launched late last year, as part of the Institute’s Rule of Law initiative to help relevant KRG institutions  improve the quality of service provided to the public.  Justice Rasheed agreed to closely collaborate with MERI at the Erbil Court of Appeal during the piloting phase of the leadership program which involves over 70 judges in the province. 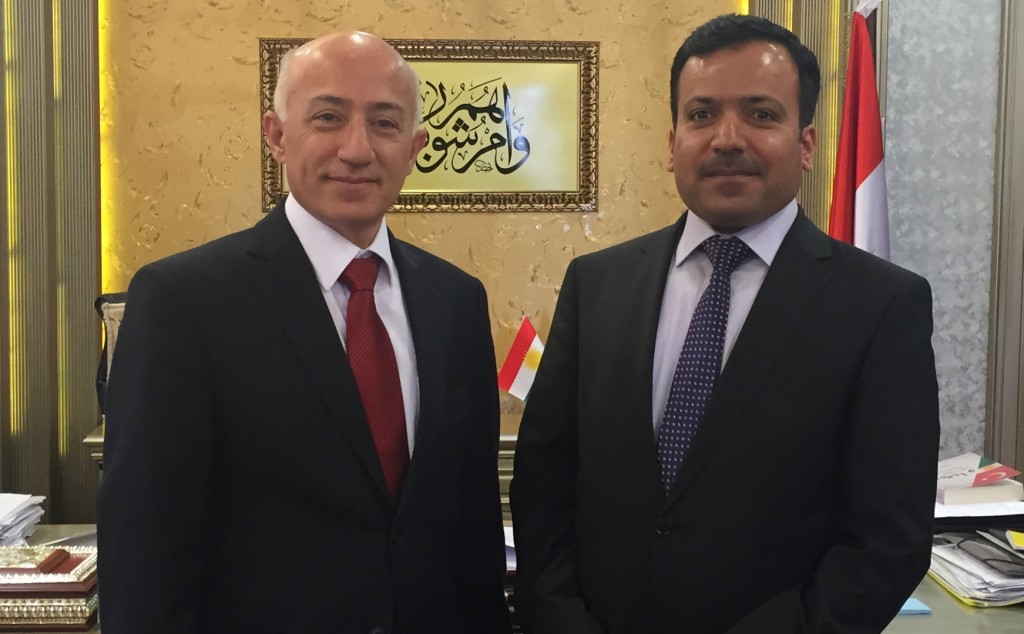 MERI President also met the Speaker of Kurdistan Parliament Dr. Yusif Muhammad Sadiq for the same purpose. They discussed the priority areas for legislation and institutional development and agreed on plan of action for collaborative interaction.  The Speaker emphasised the importance of policy research in supporting the process of nation-building and institutionalisation.