MERI’s Roundtable on the Electoral Law of the Kurdistan Parliament

In the light of the current political deadlock in the Kurdistan Region and as an initiative to revitalise the role of the Kurdistan Parliament and further promote dialogue between the political parties, MERI organised a roundtable on Tuesday 31 January 2017 for key Members of Parliament to discuss the current election law and the need for its amendment.

The event was in collaboration with the Legal Development Institute, and attended by the Deputy Speaker, several heads of different parliamentary blocs, members of the parliamentary Legal Committee and other MPs.  Also invited were members of the Independent High Commission for Election and Referendum in the Kurdistan Region.

The roundtable addressed key aspects of the legislation that require internal debate within the political parties as well as consensus between them.  These included:

Clearly, there are many different electoral models in place that can be utilised to improve on Kurdistan Region’s election law which has evolved over the last 25 years in response to the local political dynamics. This issue requires extensive debate before a final draft of the amendment law is prepared. Therefore, attendants were encouraged to discuss these complex issues within their political parties and return to the forthcoming MERI roundtable with clear views before final drafts are prepared. 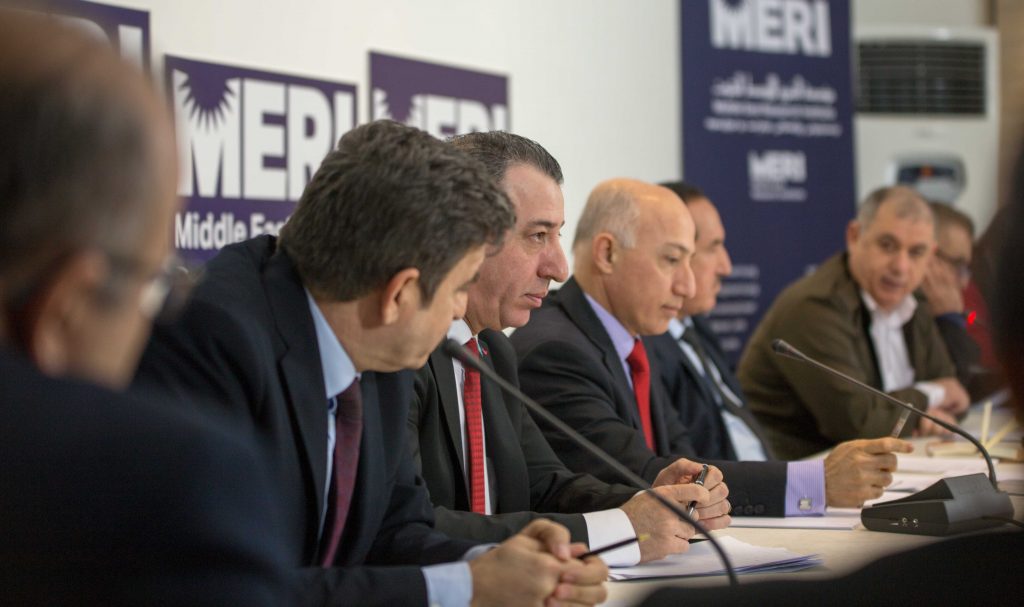 These roundtables are part of a long term project and one of a series of activities designed to promote dialogue between political parties, reactivate the Parliament, and help MPs to further strengthen Kurdistan’s democratic institutions.  They need to ensure that the existing legislation is fit for purpose and meets people’s aspirations.

Initiating a dialogue on the future of the displaced population in the Kurdistan Region
The Mosul Operation: Progress and Prospects