MERI hosted Joseph Pennington, the United States Consul General to the Kurdistan Region of Iraq, as part of its seminar series. Reflecting on his two years as Consul General, Pennington stated that while his first year (2013-14) in the Kurdistan Region was focused on investment, development, growth and encouraging US companies into the region, the second year (2014-15) was marked by the brutality and violence of ISIS, IDPs and refugees as well as economic hardships and financial problems.

The present crisis, the Consul General reasoned, presented an opportunity for the Kurdistan Region to meet political, security, and economic challenges. The Kurdistan Region is better placed to confront such challenges because it can count on tangible successes in the last one year. First, the security partnership with the United States and the international community built since June 2014 has been a remarkable success considering that both the US and Kurdistan Region started from zero. The Consul General praised the efforts of the Peshmerga as it had done extremely well in holding the line against ISIS.

Second, the response of the KRG towards the humanitarian crisis emanating after the fall of Mosul was appreciated. Not only the efforts of the KRG and the US but the resolve of the local people in Kurdistan to be open to refugees whether Sunni Arabs, Yezidis or other ethnic and religious denominations is praiseworthy. Third, an important challenge persists with respect to relations between Baghdad and Erbil. The Consul General reiterated that the interests of both sides are best served by building a strong relationship. This increases effectiveness when dealing with the current, political, security and economic issues and challenges.

Apart from the tangible successes, the Consul General also highlighted the need for institutionalisation and local reforms in the Kurdistan Region. In particular, it is imperative that the KRG builds strong institutions, frames a Constitution and develops a political system which is based on transparency and rule of law. These are all long-term issues and while all may be looking for a short term solution, it is important for the KRG to hold a long term perspective. The Consul General also highlighted the importance of the empowerment of women, investment in education, the diversification of the economy, and the building of a strong private sector. 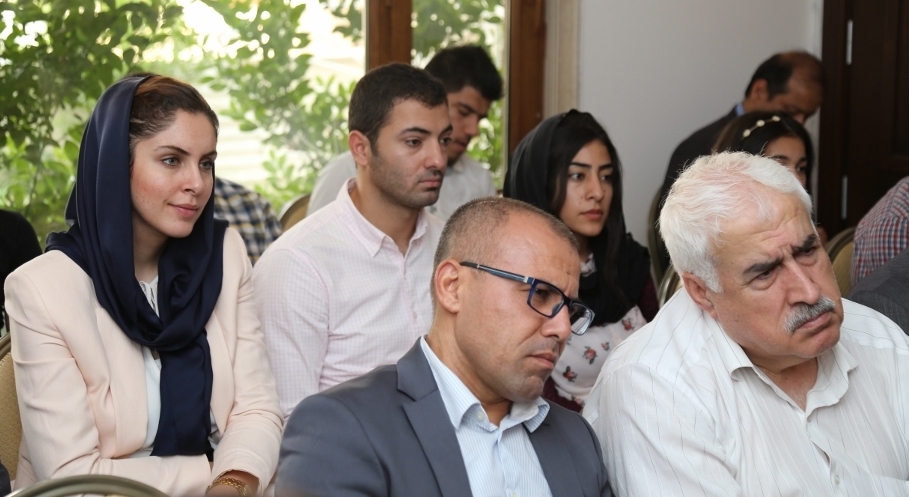 The Consul General’s talk was followed by a lively question and answer session that took place under Chatham House Rules. The future of Iraq and the Kurdistan Region, the US policy in Iraq and the Middle East, and American assistance and training relative to the professionalisation of the Peshmerga came up for a critical and engaging discussion.