Telafar has one of the most diverse ethno-religious populations in Nineveh Province,  and witnessed significant changes in its demography since the invasion by Islamic State (IS). It was also one of the last to be officially liberated. Telafar has subsequently faced major security and stabilisation challenges, hence a significant proportion of its original inhabitants remain in displacement despite efforts.

Amongst the central issues discussed were local and national initiatives to establish social justice and social cohesion, compensate families, facilitate return of displaced people, provide services and energise the economy. Participants emphasized that life can be brought back to normality if the Nineveh governorate and Baghdad government empower local leaders and allocated the required budgets for service provision, reconstruction and recovery.

A mixed stakeholder committee, supervised by the international community, has been established to access internally displaced persons (IDPs) settlements in Kurdistan Region of Iraq (KRI), Kiruk and Turkey to encourage return. Clearly, it has not been easy to create the right environment for a rapid return of those who were internally displaced or migrated across the border. Importantly, many individuals, particularly the youth, have over the years become increasingly established among the host communities and find it difficult to return to Telafar, furthering the argument for renewed investment in the District.

Many participants pointed to the urgent need for improved livelihood and small business loans to jump-start the economy and secure the creation of job opportunities. They were not optimistic about the local and national governments’ ability to achieve milestones in this regard, and were mindful of the fact that Telafar people had felt neglected even before IS occupation. This institutional disenfranchisement and recent challenges have led to the revival of calls for provincialisation of Telafar. 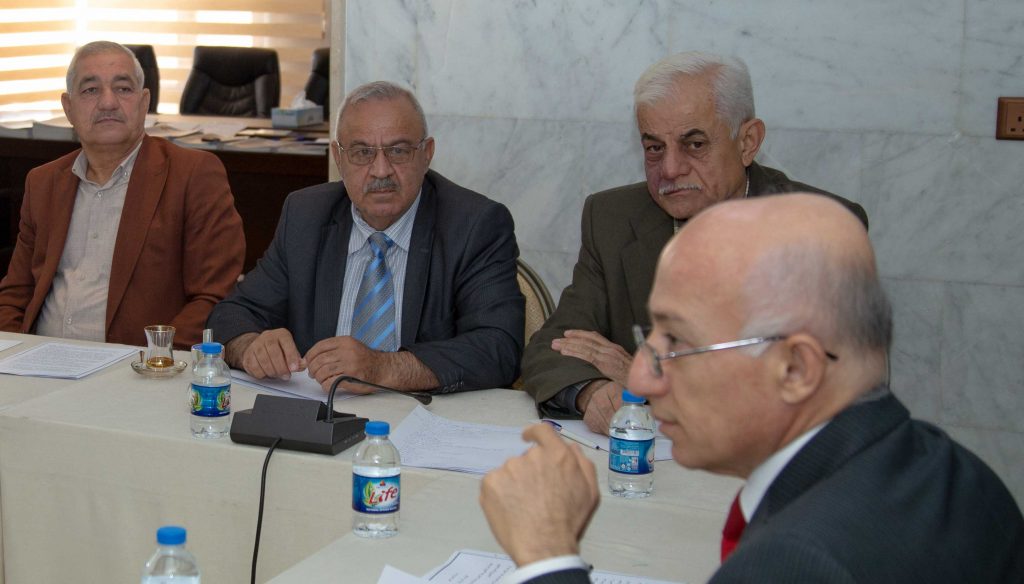 Crucial to the new chapter for Telafar is the implementation of justice and protection mechanisms for the thousands of IS families and those perceived to be affiliated to IS. Many of the women were very young when they were forced to marry IS fighters and their families have endured much discrimination upon displacement.

New approaches to security for Telafar residents and safe return mechanisms of the IDPs have been designed but remain on the drawing board. Two committees have recently been established within the local administration, tribal and security actors to strategise the return of IDPs and the districts future development. The current security actors within Telafar include the national intelligence, Hashed Al-Shaabi, the Iraqi military and Iraqi police, all of which are accredited with the power to issue security clearance (and security badges) which is a pre-condition for identity documentation.

The participants reflected on the importance of coexistence and buildup of inter-community trust following the IS invasion. During the IS invasion, religion was instrumentalised to commit violence and acts of genocide across the province. It was deliberated whether religion could potentially be re-cast as a peace and reconciliation tool. Other concerns regarding reconciliation and justice, included problems of missing persons, increased militarization and armament, and rise in corruption following the IS invasion across Nineveh, rendering reforms difficult to follow through.