On January 28th, MERI organized the final roundtable discussion to amend Act No. 8, the law on Combating Domestic Violence in the Kurdistan Region. The purpose of the meeting was to reach a consensus on a final comprehensive draft by merging amendments to the current law with the MERI Draft.

In the meeting, legal advisors, experts, lawmakers, and representatives of civil society organizations compared and contrasted the revised draft law, which was put forward by MERI following several months of debate, as well as the Ministry of Interior’s draft, which was the product of a conference that took place in Duhok. The draft is known as the ‘Duhok Draft’ and achieved a leading milestone revising the law and making it pertinent to current social reality in the Kurdistan Region.

The participants agreed that the draft legislation should include the establishment of family counselling centres linked to the General Directorate of Combating Violence Against Women, where family counsellors could provide advice and support to victims of domestic violence. For this purpose, the amendment provides for family counseling prior to filing a legal complaint, citing “once a lawsuit has been filed, family counselling centers cannot interfere in the legal process.”

The attendees also debated that it is essential for the draft amendment to assign female police officers in police centres for cases of female victims of domestic violence. 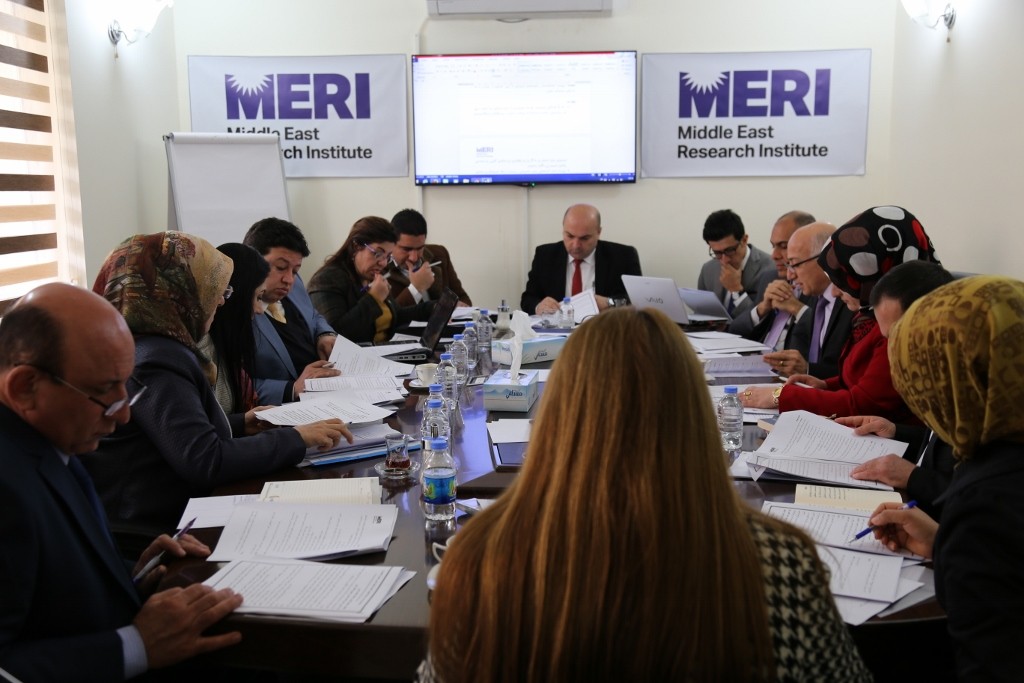 Furthermore, the law will empower judges to prolong the period of the Protection Order for the victims of domestic violence as well as setting a timeframe to obligate the relevant authorities to protect the victim.  In addition, it was agreed to increase the detention period and financial penalties should the offender approach the victim during the protection period. Finally, the participants to the meeting agreed to broaden the scope of the definition of domestic violence further by including not only acts, but also omissions as a violation of the Law. Moreover, now according to this draft amendment until the dispute between the victim and the defendant has been resolved, neither party can sell shared properties.

What is next: MERI will prepare a final draft accommodating the necessary amendments made by consensus during the deliberations and will send it to participants for final review after which it will be passed to the Kurdistan Parliament for consultation and endorsement by the relevant parliamentary committees.