On 27 January, members of a high-level delegation of the International Commission of Inquiry on the Syrian Arab Republic paid a visit to MERI as part of their mission to discuss violations of human rights in Syria, and the spill over effect of the Syrian conflict on Iraq, in light of the ISIS activities. The Chair of the Commission, Paulo Pinhiero, Commissioner Carla Del Ponte, former Chief Prosecutor for the International Criminal Tribunal for the former Yugoslavia (ICTY) and the International Criminal Tribunal for Rwanda (ICTR), Commissioner Karen Koning Abuzayd, Chief of Investigations, and Commisoner Vittit Muntarbhorn, previously the Chair of the International Commission of Inquiry on the Ivory Coast in 2011, and Elodie Cantier-Aristide, Chief of Investigations, were present in the meeting and showed keen interest in the latest developments in Syria and Iraq

The President of MERI, Dlawer Ala’aldeen and MERI research fellows, brought to the delegation’s attention a number of relevant issues, including the current situation of IDPs in Iraq and Kurdistan, the new wave of refugees that is expected in the next few months, the Sunni-Shia divide, the need to protect the ethno-religious minorities of Iraq, and the lack of a common vision among international and regional stakeholders.

“The relations in Iraq are very fragmented. This creates a number of difficulties in assisting the IDPs”, the President of MERI argued. “This affected the ability of Baghdad to prepare for the winter”, he added. It was also mentioned that there is great fear that a new wave of IDP and refugee influx will affect Kurdistan in the next few months given that the war between the coalition forces and ISIS moves gradually closer to urban areas, such as Mosul. 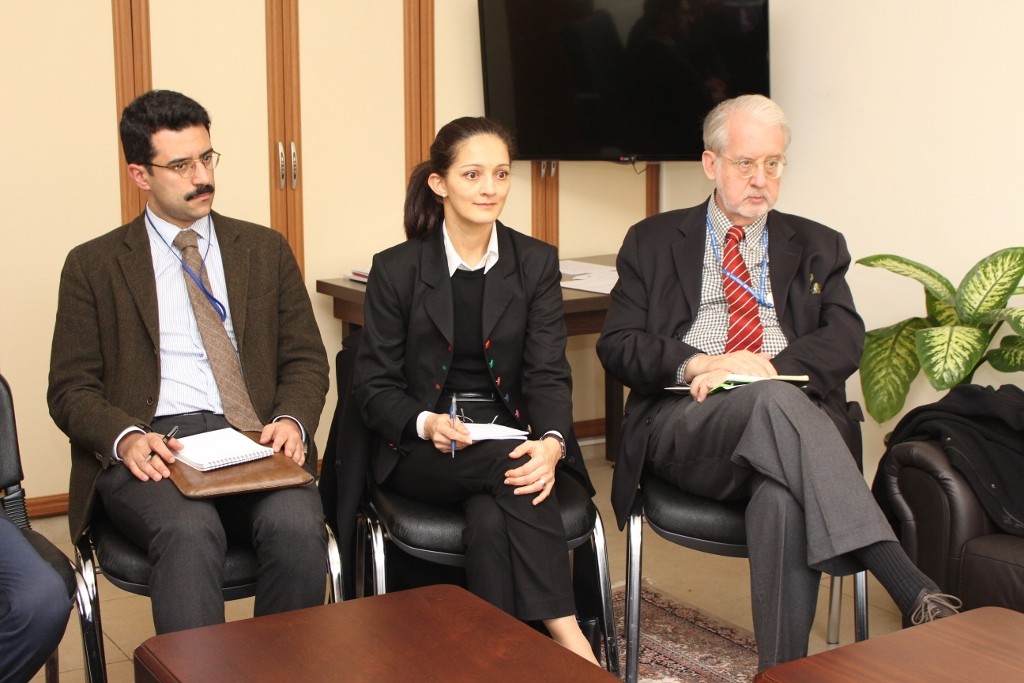 Furthermore, while the fight against ISIS rages in different parts of Iraq, underreported violations of human rights occurs in Sunni areas. Concerns were expressed about accusations and counter-accusations of indiscriminate sectarian violence between Shia and Sunni Arabs in the areas that have newly been liberated from ISIS in the southern battle zones. “The act of reconciliation has become more difficult”, Professor Ala’aldeen argued. It was also underlined by MERI fellows that ethnic-religious minorities need to be protected, while international and regional stakeholders should talk more to each other and engage more with the local communities.

The Independent International Commission of Inquiry on the Syrian Arab Republic was established on 22 August 2011 by the Human Rights Council through resolution S-17/1 adopted at its 17th special session with a mandate to investigate all alleged violations of international human rights law since March 2011 in the Syrian Arab Republic. The commission is writing its ninth main report into the human rights situation in Syria.

As Battles Rage in Kirkuk, Political Solutions are Needed
Representatives of Martti Ahtisaari Centre visit MERI to discuss the reconciliation process in Iraq