While military containment of ISIS by the international coalition’s airstrike campaign may dampen the militant group’s efforts to spread further, the real obstacle to combatting ISIS is how to resuscitate the failing political and security paraphernalia of Iraq and Syria and secondly, a unified defense policy among the regional actors. Critical progress has been made in Iraq with respect to the formation of a government of national unity, as the Ministers of Defence and Interior were announced, while Turkey has displayed some flexibility from an initial rigid position, not to intervene militarily, to providing a passage for the Peshmerga to enter Syria. However, the need to articulate a coherent regional policy to go beyond containing ISIS and getting much-needed intelligence remains a herculean task ahead, without which fighting against the militant group will turn into a series of localized protracted conflicts.

It was only in May last year when President Obama in a major shift in American strategy made his intention known that the “War on Terror must come to an end” and that American military and intelligence agencies would now focus on a specific group of regional jihadists and home-grown extremists rather than pursuing “a boundless global war on terror.” The rise of ISIS, specifically their foray into Iraq in June, sits well with President Obama’s stated aim of eliminating regional jihadists. However, ISIS is more than just a specific regional threat and it presents itself as a global jihadist outfit recruiting fighters not only from the region but from the Western countries themselves. The ISIS has not shied away in making its larger goals known which include targeting Western countries through sleeper cells in Europe and the United States as well as beheading American and British citizens in Syria. On the coalition side, however, the imperatives of pursuing a war against ISIS are compounded by tensions between regional countries and a failure to prioritize objectives. At the operational and strategic level, the US has outlined two objectives as pivotal in the grand strategy against ISIS: first, that airstrikes alone cannot deliver the required goals and that this has to be matched by an equally viable strategy involving ground forces. The second element is a commitment to governments’ of national reconciliation in both Iraq and Syria. 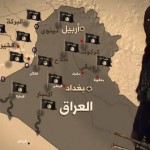 The international coalition’s reluctance to commit troops on the ground or conduct more resource-intensive military campaigns beyond airstrikes points at a consensus in the international community that a political solution remains key to a successful military campaign. The dearth of local partners able or willing to do so begs the question as to who can put up the fight against ISIS. The Peshmerga have proven to be invaluable but their military strategy is confined to preserving the recently acquired territories and it is doubtful they will extend beyond it. In addition, the Peshmerga is short of weapons and despite help from a number of countries, issues relative to Peshmerga’s professionalism and training with new weapons need to be sorted out first, as reiterated to MERI by Jabar Yawar, Secretary General of the Ministry of Peshmerga. The Iraqi Army, on the other hand, is in tatters after four of its divisions disintegrated (nearly 30,000 troops) when ISIS swept through Northern Iraq in June. Today, militias whose infamous reputation evokes sectarian retribution and lack of accountability are the ones leading the fight in Iraq.

From a political perspective, it is true that the current Iraqi government is an improvement from the previous one, in that Prime Minister Haidar Al Abadi attempts to build an ‘inclusive’ government compared to the divisive policies of his predecessor, Nuri al-Maliki. This is a policy aligned with both American and Iranian interests in Iraq; a policy that also requires greater political representation for the Sunnis in Iraq. The Sunnis of Iraq have been suffering since 2003 from a leadership crisis and political marginalization, which in turn fed into various insurgency movements, and more recently a short-sighted support for ISIS. But today these provinces are under the yoke of ISIS violence, with most cities undermined (Fallujah, Ramadi) and little hope for a real improvement. Any possibility of a Sahwa movement is long gone and now translates in the formation of national guards under local commands. Even then, there is little that the Sunnis can do to counter ISIS effectively without outside help to coordinate their efforts and, more importantly, without the guarantee of political inclusion.

The situation is far more complex in Syria with a civil war pitting the Syrian opposition against the Baathist government of Bashar Al-Assad. While Syria’s Deputy Foreign Minister, Faisal Mekdad has said that the Bashar Al-Assad government would welcome “any cooperation against terrorism” including the possibility of ground troops, any coordination with the Syrian government is inhibited by the regime’s blatant violation of human rights as well as the regional countries, including Turkey and Saudi Arabia’s desire to see Assad leave. If the Assad regime is to be sustained in favour of the immediate imperative of countering ISIS, this risks alienating the Syrian opposition and with it key regional allies, Saudi Arabia, Turkey and UAE. In such a state of affairs, the regional countries would have to prioritize whether the biggest threat facing the Middle East, at present, is Assad or ISIS? This prioritization marks a key imperative of the coalition against ISIS especially as the fighting continues and intensifies in Kobane.

With the US having already spent close to US$ 1 billion in airstrikes since the beginning of August, not only strategic coordination, but a consensus relative to political aims and objectives, amongst the coalition countries is critical to their long-term sustenance and success against ISIS. The entry of Turkey and its parliament’s authorization of military force, a welcome development was off-set by Vice President Joe Biden’s remarks, ironically on the same day, blaming the Turks, Saudis and Emiratis for their role in augmenting the rise of ISIS in Syria. His later apology to Turkey and UAE does not bode well for coalition countries and highlights the divisions which inhere within them, a factor which is perceptibly not visible with respect to ISIS ranks.

The US finds its most trusting partner in the Peshmerga and its military strategy is contingent on supporting them to combat ISIS. A steely determination on part of the coalition forces, a political consensus on Syria and the Assad regime amongst the regional countries and resurrection of ground troops in Syria and Iraq are needed before ISIS is effectively countered. While the military solution against ISIS is the need of the hour, the solution itself cannot succeed without significant political advances towards governments’ of national reconciliation in Iraq and Syria.