Bridging the Gap between the Academic and Think-Tank Community

The academia is being marginalized and it is necessary to “develop a more fluid relationship between the academic world and the public sphere.” These remarks were expressed by renowned French political scientist, Professor Gilles Kepel in a visit to MERI on December  14th. The public sphere includes political and economic institutions, the civil society, and the press, which, in Professor Kepel’s opinion, were reluctant to deal with the academic world. He reiterated that “if we do nothing, the academia will become more marginalized and only the think tank culture will flourish.”

The purpose of the visit was part of a larger study on the Middle East mandated by the French Prime Minister and being conducted by Professor Gilles Kepel on developments in the Middle East in the post-Arab Spring era. Professor Kepel who has written extensively on political Islam stated that it was for the first time that he was in the Kurdistan Region of Iraq despite having worked extensively on the Middle Eastern region. Professor Kepel emphasized that “the Kurdistan Region deserves better exposure than it has been receiving thus far.” He reiterated that though there is a lot of interest in France, the Kurdistan Region was relatively understudied and that most of the previous studies concentrated on Turkish-Kurdish relations within Turkey. The present study, which involved a visit to eighteen countries including Egypt, Algeria, Morocco and Lebanon, would form part of an Advisory Report to the French Prime Minister on recent developments afflicting the Middle Eastern region.

Along with Professor Kepel, the delegation to MERI comprised the Consul General of France to the Kurdistan Region, Alain Guepratte, Dr. Eberhard Kienle, Director of IFPO, Dr. Boris James, Kurdistan Region representative of IFPO, Staphane Tellier, Director of the French Institute in Erbil, and Hugo Micheron of Montaigne Institute.

Dr. Eberhard Kienle, Director of IFPO (Institute Français du Proche-Orient, or French Institute for the Near East), elaborated upon and expressed IFPO’s interest in research projects on the Kurdistan Region. IFPO has branches in Lebanon, Jordan, the Palestinian Territories and Iraq. The Institute has been active in Erbil since 2010, after President Barzani visited President Sarkozy in Paris, and a protocol agreement was signed, which created a framework for partnership between France and the KRG. At the moment, the regional office of IFPO in Erbil aims to develop research projects on contemporary issues, history and archeology. 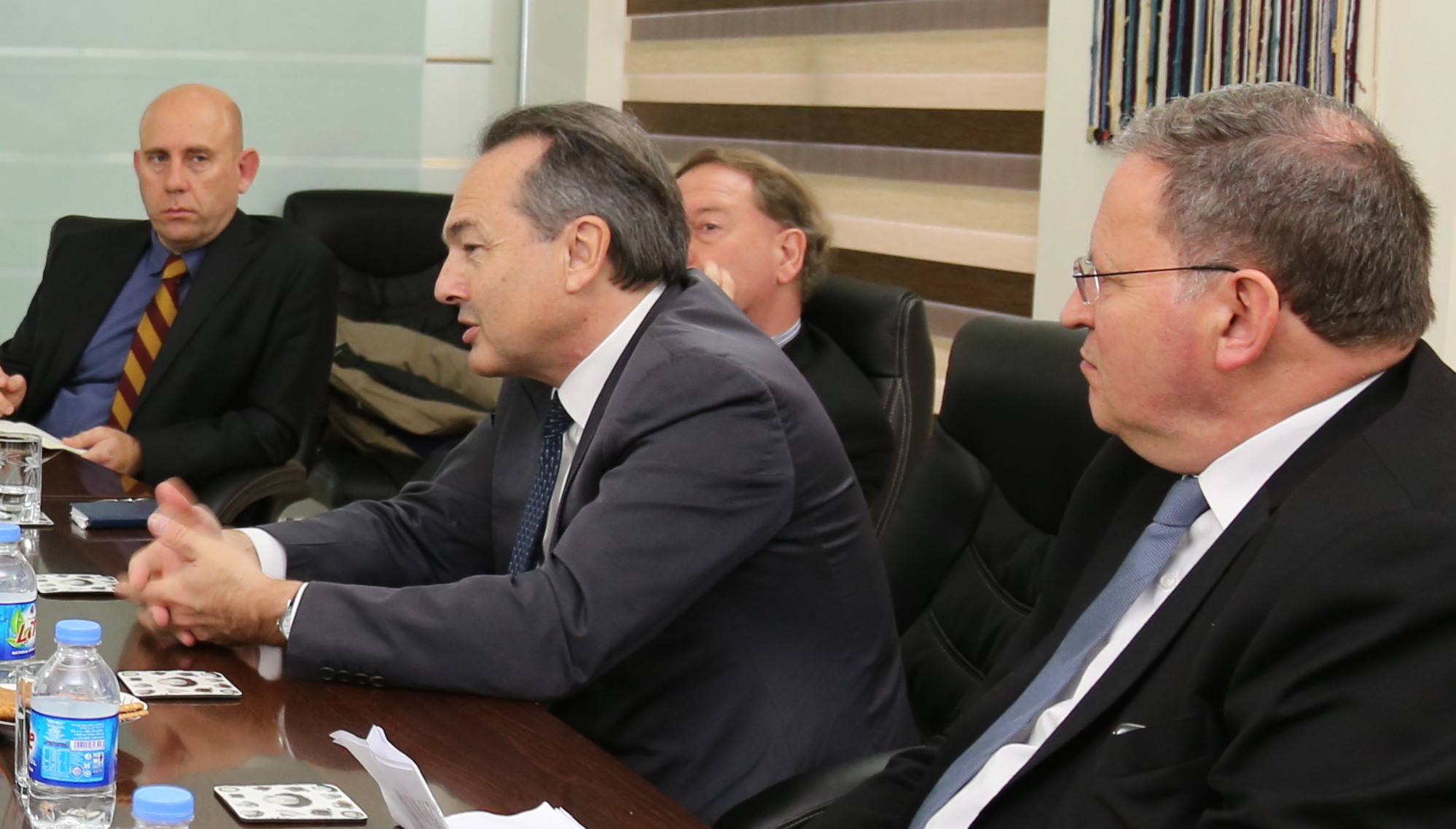 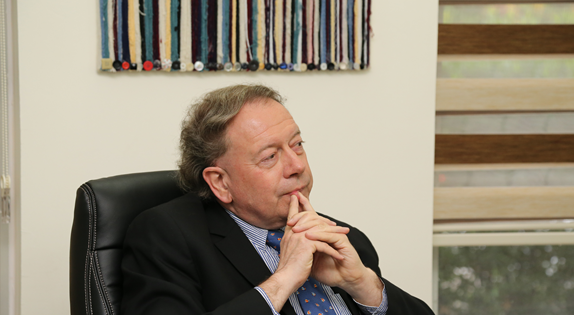 Dr. Eberhard Kienle, director of IFPO (French Institute for the Near East), in his visit at MERI in Erbil. Photo credit: MERI.

Good Governance and the Justice System: Enhancing the Quality of State Action
Amending the Law to Combat Domestic Violence in Kurdistan Region