MERI’s latest event was held to discuss the future of Kirkuk, taking into account the recent developments in Iraq. This meeting, conducted under Chatham House Rules, provided a forum for debate on the different possible answers to the resolution of the Kirkuk issue. 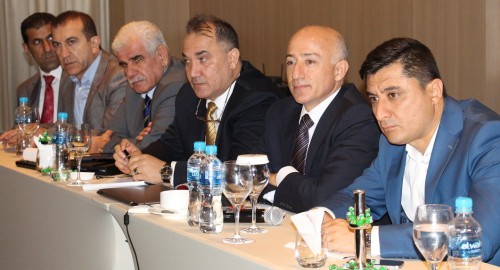 The closed forum brought together leading political representatives from Kirkuk and the KRG to discuss the future of Kirkuk. This being the first event of MERI’s ‘Kirkuk Policy Research Project‘; it built upon the initial meetings and interviews held by MERI research staff with major stakeholders related to the issue. 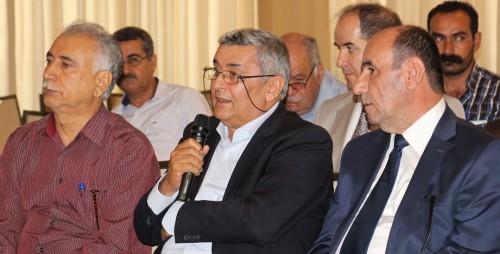 The broad array of options that have already been put forward for Kirkuk were discussed and evaluated and a number of themes were analysed and debated. These topics ranged the de-facto situation on the ground and the state of Article 140 to analyzing the 2009 UNAMI report and the process of normalization. The aim of the debate was to provide precise recommendations on the way forward for Kirkuk through the creation of a detailed road-map. The meeting established the basis for a comprehensive policy report on the situation which will be created by MERI over the coming weeks. This report that will be disseminated to leading decision-makers both within Iraq and internationally.

In the light of recent events across Iraq, there is an opportunity to provide a fresh perspective on the situation in Kirkuk. Having remained unresolved, Kirkuk has become a divisive and highly politicized subject. With the facts on the ground drastically altered, MERI will aim to provide a creative and neutral strategy to assist in the finalization of the status of Kirkuk.

The meeting was by invitation only. All meetings of this format are held under “Chatham House Rules” to facilitate free and open debate on such sensitive issues.

Turkey, Iraq and the Kurdistan Regional Government
The Game has Changed; Action is Needed