‘Turkey is a regional power and an important neighbour and after decades of tensions, relations between Turkey and the KRG are improving for the mutual benefit of both sides. Though the rise of ISIS and the security and economic crisis have exposed cracks in their relations, it is of utmost necessity that both entities continue to work together to strengthen their strategic partnership.’ This was expressed by Professor Dlawer Ala’Aldeen in a conference on ‘Turkey, Kurds, and the Kurdistan Regional Government: Strengthened Partnership in a Region in Turmoil.’ The conference was jointly held by MERI and Istanbul based Al-Sharq Forum, in Erbil to discuss in an open, frank and transparent way the present and future trajectory of relations between Turkey and the KRG. Galip Dalay, Vice President, Al Sharq Forum, in his opening remarks reiterated that relations between Turkey and the KRG need to be strengthened and given a broader perspective, moving beyond solely political issues.

“‘Kurdistan’ no more a taboo” 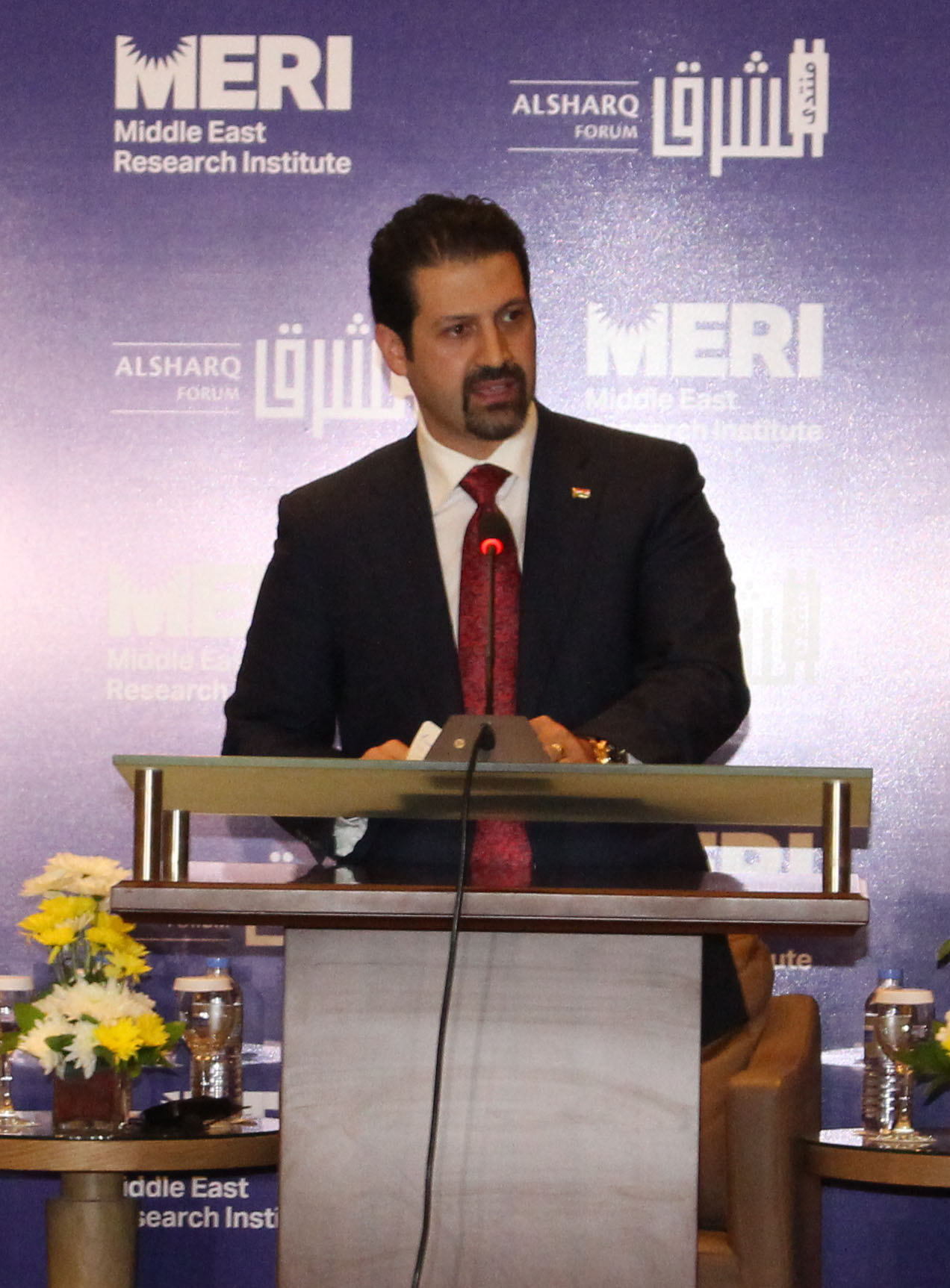 In this keynote speech, Qubad Talabani, Deputy Prime Minister, KRG stated that, ‘while the name ‘Kurdistan’ was a taboo in the past, Turkey-KRG relations have developed markedly in recent times, whereby economic relations are improving and official relations have been established.’ Elaborating Turkey’s role in the peace process with its Kurdish population, Hatem Ete, Chief Adviser to the Turkish Prime Minister stated that Turkey as a state has come a long way and under the AKP has taken important steps to strengthen its democratic credentials by initiating a peace process with the PKK. Despite significant hurdles, including domestic opposition within Turkey, as well as the failure of the PKK to renounce the use of military force, the Chief Adviser emphasised that we should continue to work towards enhancing and strengthening the peace process.

“Educational and cultural ties needed between Turkey and the KRG”

Safeen Dizayee, Spokesperson, KRG, taking a long term view said that Turkey had in place a ‘policy of denial’ by way of which Kurdish language and culture was discriminated against. Although Turkey had opened to the Kurds, further democratization of Turkey was needed as well as educational, cultural and artistic ties between Turkey and the KRG. Noting with a sense of alarm and urgency, Hasim Hashimi, former member of the Turkish Parliament, stated that if we do not cooperate today to defeat ISIS, we will face a similar threat tomorrow. He exclaimed that Turkey backed Erbil when ISIS was close to its borders and quoting Prime Minister Davutoglu stated that, ‘Erbil is an important gate for Turkey’, and is committed to enhancing peace in the future.

“Erdogan, rather than, Qasim Sulemani should have taken the lead”

Moving the debate forward, Fuad Hussain, Presidential Chief of Staff, KRG, stated that KRG is not a threat to the region or to the Turkish national interest. Commending the recent developments in Turkish attitude with respect to the Kurds as compared to the past, the Chief of Staff reiterated that if the existence of Kurds is denied in the first place, a relationship cannot develop. He had a word of caution for Turkey citing that if ISIS’s ideology reaches the state, it could spell disaster and that Turkey needs to do more outlining a clear vision and strategy against ISIS. In this regard, Hiwa Osman, a journalist based in Erbil, stated that Erdogan should have taken the lead in fighting ISIS but it was Iran and General Qasim Sulemani who did so. While Erbil was expecting Turkish planes to come and protect the city, it was Iranian planes which did so.

Mesut Ozcan, Adviser to the Turkish Prime Minister, stated that though Turkey was paying more attention to security issues previously this was not the case now and economic issues and considerations have trumped security considerations. He opined that after the fall of Mosul, the economic progress has halted and Turkey-KRG relations have witnessed a weakness. However, economic issues do require security with Saad Saadulla, Adviser Ministry of Natural Resources, KRG, reiterating that “security of supply” is the key element and that a win-win strategy is needed where people of Iraq can benefit. 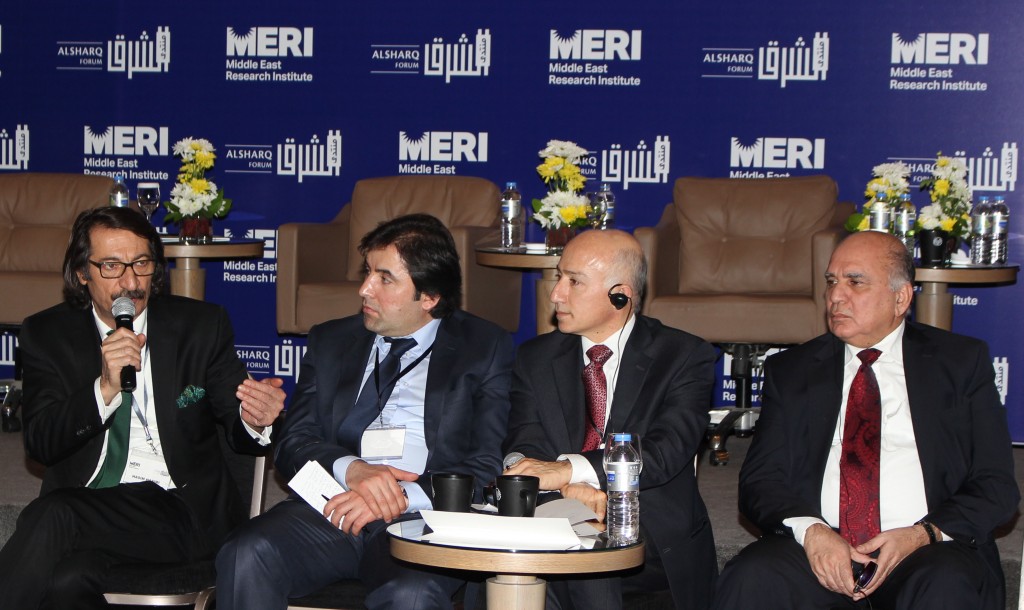 The presentations were followed a lively question and answer session, which was conducted under Chatham House Rules. The session emphasised the importance of Turkey-KRG relations and that they needed to be more comprehensive in the future taking into account domestic imperatives and impediments on both sides. Relations between the two entities are not institutionalized and there needs to be a public sense of ownership in order to drive the momentum of Turkey-KRG relations forward. Furthermore, the need for civil society organisations to play their part and educational, cultural and linguistic exchanges between both the entities was also taken into critical consideration.

Kurdistan Region’s Minister of Interior recognizes the need for police reform
As Displaced Families Return to Nineveh, How to Address Social Cohesion?