MERI Seminar – Oil for Food: The Global Food Crisis and the Middle East

The Middle East Research Institute (MERI) organises a seminar on “Oil for Food: The Global Food Crisis and the Middle East”, for Dr Eckart Woertz, Senior Research Fellow at the Barcelona-based think-tank CIDOB (See his bio below). The seminar will take place on Thursday, 10th September 2015 at 3pm (Venue to be confirmed).

Attendance to this event is by invitation only. Those interested can email us on events@meri-k.org before Wednesday 9th September, 2015.

The seminar will explore how, in the wake of the global food crisis of 2008, Middle Eastern oil producers announced multi-billion investments to secure food supplies from abroad. Often called land grabs, such investments are at the heart of the global food security challenge and put the Middle East in the spotlight of simultaneous global crises in the fields of food, finance, and energy. In the future, the Middle East will not only play a prominent role in global oil, but also in global food markets, this time on the consumption side, instead of the producer’s side.

In his talk Eckart Woertz analyzes the geopolitical implications of global food issues for MENA countries and the Gulf countries and Iraq in particular. Having lived in Dubai for seven years, and drawing on extensive archival sources and interviews, he gives the inside story of how regional food security concerns have developed historically, how domestic agro-lobbies shape policy making, and how the failed attempt to develop Sudan as an Arab bread-basket in the 1970s carries important lessons for today’s investments drive. 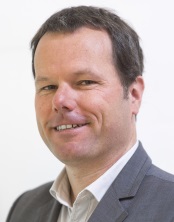 Eckart Woertz is a Senior Research Fellow at CIDOB, the Barcelona Centre for International Affairs. Formerly he was a visiting fellow at Princeton University, director of economic studies at the Gulf Research Center (GRC) in Dubai and worked for banks in Germany and the United Arab Emirates. He teaches at the Barcelona Institute of International Studies (IBEI) and was KSP visiting professor at the Paris School of International Affairs (PSIA) at SciencesPo. He is author of Oil for Food (Oxford University Press 2013) and numerous journal articles and holds a PhD in Economics from Friedrich-Alexander University, Erlangen-Nuremberg.