The Middle East Research Institute (MERI) is pleased to host a seminar on “Compliance of Armed Forces to the International Humanitarian Law”, for Elisabeth Decrey Warner, the Executive President and co-founder of Geneva Call. (see her bio below). The seminar will take place on Sunday 28, February 2016, at 15:30 (venue to be confirmed). Attendance to this event is by invitation only, with 30 seats available on a first come first serve basis. Those interested in attending the event should email: events@meri-k.org. 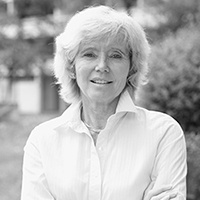 Ms Elisabeth Decrey Warner is the Executive President and co-founder of Geneva Call. For over 25 years, she has worked with NGOs on issues relating to refugees, torture, disarmament and humanitarian norms. Her work was recognized in 2005 when she was nominated for Switzerland as one of the 1000 Women for the Nobel Peace Prize. Ms Decrey Warner was a member of the Parliament of the Republic and Canton of Geneva for 12 years and was elected its President in 2000. She is currently a member of the Advisory Board of the Geneva Centre for the Democratic Control of Armed Forces (DCAF) as well as of the Geneva International Center for Humanitarian Demining (GICHD). She was recently awarded an Honorary Doctorate by the University of Geneva.

Geneva Call is a neutral and impartial non-governmental organization dedicated to promoting respect by armed non-State actors (ANSAs) for international humanitarian norms in armed conflict and other situations of violence, in particular those related to the protection of civilians. Geneva Call is currently focusing its efforts on banning the use of anti-personnel mines, protecting children from the effects of armed conflict, prohibiting sexual violence in armed conflict and working towards the elimination of gender discrimination. Geneva Call also responds to requests from ANSAs to help build their knowledge of, and capacities to implement international humanitarian norms, such as through providing training and technical advice. In addition, the organization may also provide other assistance and services within communities where ANSAs operate.