The Path to Diversification: Gaining from Exchange Rate Flexibility

Aram Mahmood
If Iraq wants to diversify its economy, it must depreciate its currency and allow the market to dictate the IQD’s value to some extent, which will potentially benefits local producers. Under the current exchange rate regime any attempt to diversify the economy will be doomed to fail.

At the MERI Economic Forum (Erbil, 26th-28th April) a wide range of stakeholders, policy makers, and academics attended to deliberate on these issues, and urged Iraqi policy makers to undertake several measures to solve the current financial crisis in the region. Many experts resonated the fact that the oil crises “in the long term” would, in effect, benefit Iraq’s economy, if Iraq depreciates its currency and allows the market to dictate the IQD’s value (Floating Exchange Rate), potentially benefiting other sectors of economy. Experts opined that the commodity prices would fall, which would benefit local producers, however, the IQD needs to depreciate in order to incentivize producers to invest. They argued that it is mere wishful thinking to believe that falling oil prices alone will stimulate other sectors of the economy. 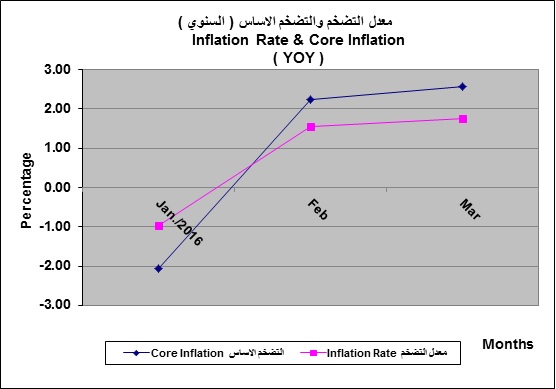 Under the current exchange rate regime any attempt to diversify the economy will be doomed to fail. As long as the United States Dollar (USD) appreciates alongside the low oil prices, the IQD will appreciate more, which in turn will force Iraqis to consume cheap imported goods rather than locally produced ones, which will substantially weaken all sectors apart from hydrocarbons, in economics this phenomenon is termed as “Dutch Disease”. Dutch Disease has made Iraqi products, apart from hydrocarbons, uncompetitive in comparison to their international counterparts. This uncompetitiveness becomes an obstacle to any attempt to diversify Iraq’s economy.  The oil sector expanded at the cost of other sectors of the economy, and currently oil prices have dropped sharply leaving the economy in disarray.

The CBI adopted the current exchange rate policy due to a fear of mismanaging surplus revenue generated from selling oil, which would increase the purchasing power on a national scale. However, the dramatic drop in oil prices not only led to a decrease in revenues but also created a budget deficit for Iraq, and proved that the current policy is counterproductive – the recent International Monetary Fund (IMF) staff level agreement emphasized this point. Oil prices aside, the USD value is rising day after day and recently Janet Yellen, the US Federal Reserve (Fed) Chairwoman, indicated that Fed might gradually initiate the proposed increase in interest rates within the coming months. This move will increase the value of the USD, as the higher USD interest rate tends to attract more foreign investment to the US, thus increasing the demand for the USD. The European Central Bank recently illustrated that a 10% increase in the price of oil will depreciate the USD’s effective exchange rate by 0.28%. However, if the oil price drops, the USD is likely to appreciate even more. The double effect of the decrease in oil price and increase in the USD value will lead to further appreciation in the price of the IQD compared to other currencies, especially in comparison to the Turkish lira and Iranian Rial – the two main trade partners of Iraq. 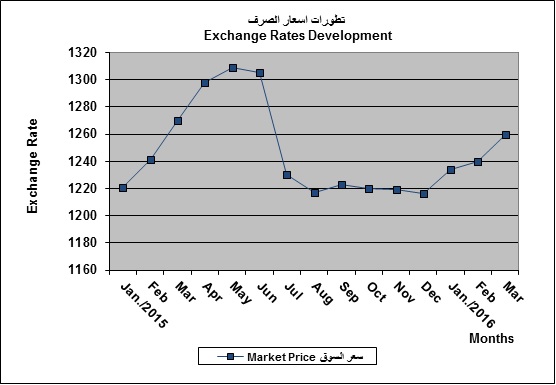 For the last decade, the CBI has strived to at least mitigate the Dutch Disease phenomenon by stabilizing the exchange rate below the equilibrium level and relying on the nominal anchor to prevent hyperinflation and reduce import costs to both the general public and the government. The objectives of this policy is to support higher consumption and improve welfare, but it is too little too late to save Iraq’s economy.

As John Nash, the lead economist in Sustainable Development at the World Bank put it at MERI Economic Forum: “eventually the CBI has to release that pressure”, meaning the Iraqi central bank has to depreciate the IQD to some extent. Policymakers and the governor of the CBI must realize it is time to let the IQD depreciate and abandon the current currency regime to let the market determine the value of the IQD. Adopting a Float Exchange Rate will not only support other sectors of the economy, such as agriculture and tourism, by lowering the costs of wages and local products, but will also create mild inflation and thus more employment opportunities for job seekers. Therefore, it would be better for Iraq to adopt this policy sooner rather than later. If Iraq continues with its current strategy it will further intensify the Dutch Disease making it impossible for Iraq to recover from the current financial crisis.

Defeating the Islamic State will take more than Gunpowder
Time for a Radical Rethink. Full report on the MERI Economic Forum 2016