Saturday, 16 March, is the 27th anniversary of the holocaust of Halabja, when over 5000 Kurds were killed and over 10,000 injured by Iraq’s chemical attacks. These attacks were part of the Anfal operations of 1987-8, which is now recognised by the British, Swedish and Norwegian Parliaments as an act of genocide.

Like all wars of genocide, the Anfal operations were designed to indiscriminately harm large sections of the population. The methods used by the attacking forces included ground offensives, aerial bombing, conventional and chemical weapons (CW), systematic destruction of villages, mass deportation and concentration camps. In the process, humans, animals, wildlife and entire environments were severely affected; 4000 villages were razed to the ground, 180,000 people were killed and over a million displaced.

Throughout the Anfal operations, the Iraqi authorities sealed Kurdistan from the outside world, making it virtually impossible to access timely information. However, the fleeing refugees and their scars bore witness to the scale of the tragedies. Kurdish activists and political parties lobbied, demonstrated and cried for international help. The western media and human right organisations investigated and reported the attacks in graphic detail.

I was among many human right activists, lobbying in the UK to mobilise public opinion, press western leaders for action and secure help for the victims. With colleagues at the British Working Party on Chemical and Biological Weapons, and the Kurdish Scientific and Medical Association, we gathered data, produced scientific evidence and communicated our findings.

Considering the circumstances, the Kurds in the diaspora community were collectively incredibly successful in obtaining robust data and solid evidence confirming the use of CWs. These data were later used by the UK and US Governments to justify the subsequent wars that liberated Kuwait (1991) and removed Saddam (2003). For example, Tony Blair’s dossier (Iraq’s Weapons of Mass Destruction) of 2002 made extensive use of the literature that the Kurds had provided in the late 1980s. Similarly, former US Secretary of State Colin Powell, emphasised in his United Nations speech on 5 February 2003 Saddam’s use of CWs against the Kurds in 1988, and mentioned Iraq’s campaign of “ethnic cleansing and the destruction of some 2,000 Kurdish villages”.

Turning a blind eye and a deaf ear

Our lobbying campaign faced stiff opposition from both the East and West. Mrs M. Thatcher’s Conservative Government in the UK and Mr R. Reagan’s administration in the USA were simply not interested in news of the genocide, and at times even hindered our efforts. In the British Parliament not one of the 376 Tory MPs was prepared to communicate the plight of the Kurds.

Reasons for this complacency were not concealed. Iraq at the time was engaged in a war of attrition against Iran, since 1980, and Governments from the East and West were “desperate to make sure that Iraq did not lose”. The US Government continued its support to Iraq even after receiving intelligence reports of the use of poison gas on Kurdish civilians. Clearly, the Pentagon ”wasn’t so horrified by Iraq’s use of gas” because they thought use of chemical weapons “was just another way of killing people”. The State Department (under George Shultz) did not wish the “ budding relationship” with Iraq “demolished”, and instructed its diplomats to say that “Iran was partly to blame”.

Despite barriers, the chemical attacks in Kurdistan aroused public concern in the west. However, Eastern and Middle Eastern governments accused the Kurds and the international media of lying. The Soviet Union failed to comment on the tragedy and condemned the western media for publicising the gas attacks, calling it ‘American propaganda’ against sovereign Iraq, based on no evidence. Most of the Arab states failed to express any humanitarian concern and some of them, such as Kuwait, Saudi Arabia, Jordan and Egypt strongly defended Saddam before the UN’s Security Council members.

We, a delegation of Kurdish activists along with three British Labour MPs (headed by Jeremy Corbyn), visited the Foreign Office and Embassies of the Security Council member states in London. We first met William Waldegrave (then Foreign Minister) who sympathised with the Kurds but was not prepared to go beyond expressing concern to the Iraqis, behind closed doors. Russian diplomats in London reacted angrily to our concerns over their country’s military support to Saddam and his chemical weapons programmes (knowingly or not). In parallel to our visits, the ambassadors of Kuwait (Mr Ghazy Al-Rayes) and Saudi Arabia (Mr Sheikh Nasser Almanquor) joined their Iraq counterpart (Mr Sadiq Al-Mashat) on a visit to Mr. Waldegrave, condemning the British media coverage and Britain’s campaign against Iraq, encouraging the British Government to disbelieve Kurdish claims about the use of chemical weapons.

The penny should not go elsewhere

Clearly, the driving motive of business and trade led the major powers to ride roughshod over fundamental principles of civil rights and to turn a blind eye to clear violations of human rights by their Middle Eastern trade partners. Moreover, companies trading with Iraq chose to violate international agreements by supplying plant and raw materials that enabled a vast arsenal of weapons of mass destruction to be accumulated. This neglect by the industrial nations allowed the proliferation of chemical weapons across the globe. By Saddam’s own admission to the UN in 2002, almost 150 foreign companies took part in his weapons of mass destruction programme, including more than 24 US firms.

At the time of the Anfal operations, Britain’s trade with Iraq had risen from £2.9 billion in 1987 to £31.5 billion in 1988, making Iraq Britain’s third biggest market for ‘dual-use’ machine tools. Only three weeks before the Halabja tragedy, the then Foreign Minister, David Mellor, was in Baghdad where he met with Saddam Hussein. Shortly after Halabja, the Defence Minister Tony Newton visited Baghdad to offer £340 million in export credits and to help British companies benefit from the trade opportunities. A further £250 million was offered to Iraq the following year, earning the UK ‘favoured nation’ status from Saddam’s government. These credits were justified by the then Trade Minister Lord Trefgarne on the basis that Iraq sits on oil reserves second only to those of Saudi Arabia.

The impotence of the international community and the lack of condemnation from individual governments in the face of Saddam’s clear violations of human rights allowed his regime to continue with its genocidal war. On 20 August, 1988, the war with Iran ended and the UN’s Iran-Iraq Military Observatory Groups (UNIIMOG) arrived to observe the border between the two countries. However, despite requests the UNIIMOG troops were refused access to the Kurdish areas by Iraq. King Fahd of Saudi Arabia had earlier in the year advised Saddam to find an achievable solution for the Kurdish problem in Iraq. Saddam’s reply to the King was that he would deal with the Kurds once and for all.

From 25 August to 1 September, the final phase of Anfal was launched; thousands were gassed to death or captured, and tens of thousands were forced to cross the border into Turkey, where they were kept in refugee camps in Diyarbakir, Mardin and Mus. There, in exile, Iraqi Kurds suffered fear, abuse and neglect. One year after their arrival in Mardin, 2,070 of the refugees were deliberately poisoned. Despite Turkey’s lack of cooperation, we investigated the outbreak, transported patients’ blood samples to UK laboratories and confirmed their poisoning with an organophosphorus (nerve) agent. 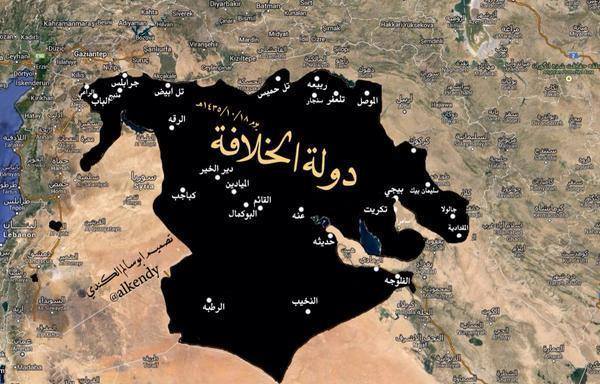 Less than two years after the end of Anfal operations, Saddam over-reached himself, invaded Kuwait and targeted his arsenal of chemical weapons against his former allies. This led to an all-out war against Saddam in 1991, which later brought about the ill-fated popular uprising inside Iraq, the death of hundreds of thousands of people, the displacement of millions and destruction of Iraq’s economic infrastructure. These were followed by 12 years of sanctions against Iraq, ending only when the US and UK launched another war in 2003 to remove Saddam. Looking back ten years later, the war of 2003 (like the previous ones) proved costly, deadly and unrewarding for the UK and USA. These two countries have now lost influence in Iraq and created a vacuum that is squarely filled by their arch rival, Iran.

From a potentially subjective point of view, a Kurd could argue that the long hardship and series of disasters inflicted upon the people of Iraq are direct consequences of the complacency and indifference embedded in the foreign policy of the superpowers. Many could have been avoided. The plight of 40 million Kurds in such a volatile region was ignored for too long, while dictators were consistently rewarded for their violation of minority rights. It is this type of policy that has culminated in the creation of the modern day Middle East, with numerous non-functioning states that have become sources of threat to global peace and stability.

The Kurds, previously considered by many as elements of instability in the region, have now in the post-Saddam era proved the opposite. While the Middle East is disintegrating, the Kurds are nation-building and providing the vital elements of stability for Iraq and beyond. Interestingly, like the Reagan administration, the Obama administration is currently underestimating the volatility of Baghdad’s political environment and its hostilities towards the Kurdistan Region. While pressing the Kurds to support the current Government in Baghdad, the US administration is offering little to reassure the Kurds for the long term. With its diminished role in Iraq, the US offers no solution for resurrecting this increasingly fragile, unstable and dysfunctional state.

It is unfortunate that after so much US sacrifice over the past ten years, the Bush and Obama administrations have failed to win the new Iraq, and no doubt will continue to do so if the status quo continues. To make Iraq work again and revitalise US interests, the administration will need to adopt a whole new approach to Iraq, address Kurdish concerns and unreservedly support their nation-building process. Otherwise, left unattended, Iraq will further descend into chaos, and history can repeat itself.

This article was first published 15 March, 2013, in www.opendemocracy.net