On Thursday 31st of January, the Middle East Research Institute (MERI) invited politicians, diplomats, parliamentarian and Kurdistan Regional Government (KRG) officials to a roundtable discussion on decentralization and devolution of power to in Kurdistan Region of Iraq (KRI). The debates focused on MERI’s research findings and recent publication of detailed policy recommendations in: State-building: A Roadmap for the Rule of Law and Institutionalisation in the Kurdistan Region. This policy oriented book is a product of extensive research based on in-depth face-to-face interviews and roundtable meetings with more than 200 experts, including policy- and decision- makers and academics across the KRI’s governorates. It constitutes a 10-15 year roadmap for addressing key structural and functional weaknesses in the KRI’s overall governance system.  It offers mechanisms needed to promote the rule of law, institutionalization and good governance. Key generic recommendations proposed in the book include, among others:

The administrative structure of the KRG has evolved into a highly centralised, inflated, and inefficient bureaucracy. For long, centralisation has been justified and defined by the KRG officials as an attempt to create features and elements of central authority and control, which was critical for the first two decades of its existence. This step has been significantly achieved, and KRI as a federal entity is well-established both domestically and internationally. Now, it is time to focus on functionality of its governing system as it represents a top priority of the Region. Reforming its management structure and operation system requires a radical top-down, including the structure of the Regional government (KRG Cabinet level) down to the governorates, districts and sub-districts. A summary of the main recommendations presented in this book include:

The benefits of the proposed decentralisation model are many, including: minimising bureaucracy, creating a single-window system, empowering District Mayors and Sub-District administrators, increasing confidence in government authority, resolving government bloat, reducing and redistributing government employees, developing and improving quality of life in towns and villages, countering corruption through the devolution of authorities and responsibilities and better enabling audit, inspection and monitoring systems. 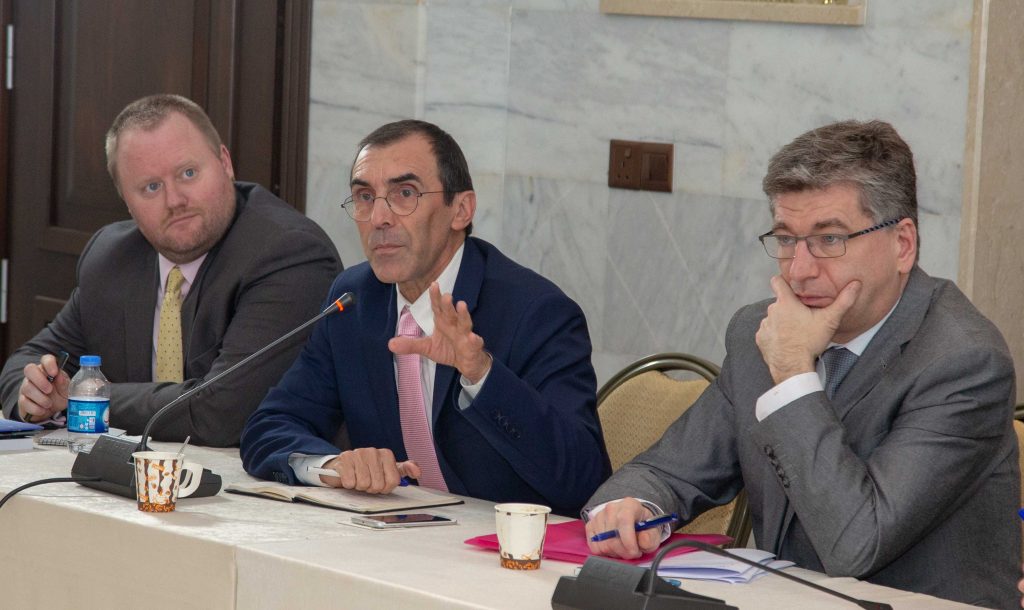 The Challenges for decentralisation

During the debate, there was a consensus among the participants that decentralisation is critical for improving and strengthening the pillars of governance, though it is a long process and requires collective effort as well as a political will and determination. There is a need to contextualise the challenges both Iraq and the KRI face in the country’s history of governance and the form of statehood developed over the past decades. ‘Iraq has long had a form of a rentier state that has been considered the sole provider of all services’.

Additionally, decentralisation and devolution of power require clearly defined goals along with incremental capacity building. Contending with the need for decentralisation, participants emphasised that problems and legislative bottlenecks needed to be carefully addressed.  Decentralisation initiatives ought to be piloted in low-risk institutions that are amenable to change before applying them across the KRI provinces. International assistance in the form of experience and capacity building would be important.

The need to carefully study and amend the KRI Law Number 3 of 2009 of provinces was discussed. This law was first introduced in line with, and as an almost exact copy of, the Iraqi Parliament’s ‘Law of Governorates Not Incorporated into a Region’, number 21 of 2008.  However, the KRI Parliament failed to take into consideration the nature and status of KRI provinces, which are different from the rest of Iraq. The KRI governorates come under the KRI Parliament and the KRG, whereas the other Iraqi governorates are directly linked to Baghdad without Regional filters. It was not a surprise therefore that the KRI’s Law No. 3 was not fully implementable and caused more problems than it solved.  The Provincial Councils in Erbil, Duhok and Sualeimaniyah were elected but remained dysfunctional and powerless. Importantly, the District and Sub-District Councils were never elected in the first place.

While developing and reforming the governing system in the KRI requires a tailor‐made solution that takes into account Kurdistan’s historical, cultural, religious and geographical characteristics, other models of decentralisation can be very helpful to learn from. In the roundtable, participants discussed different models and approaches to devolve power to local governments. They warned that transition towards full decentralisation can be difficult and may complicate governing further if not well planned.

A key motive for decentralising in the KRI, is promoting good governance and rebuilding trust between people and the authorities. The KRG should ensure closer proximity and greater responsiveness of decision-makers to people, and render social programmes and services more relevant to the Region’s diverse communities. The current culture of dealing with the KRG through a myriad of authorities could become a recurring fault line if left unaddressed.

Experience in European countries show that the governance systems need to be built bottom-up as a product of a political context rather than solely on technical grounds. Decentralisation should minimise bureaucracy at local level while empowering people and maximising accountability. Furthermore, careful consideration should be given to the fate of employees in the inflated public sector who might be victims of reform.  The KRI’s private sector is not strong enough to absorb those will well be made redundant.

About MERI:  The Middle East Research Institute is Iraq’s leading policy-research institute and think tank. It is an independent, entirely grant-funded not-for-profit organisation, based in Erbil, Kurdistan Region. Its mission is to contribute to the process of nation-building, state-building and democratisation via engagement, research, analysis and policy debates.

In 2018, MERI conducted high impact and high quality research in areas of government reform, regional and international politics, IDPs and minority rights, Baghdad-Erbil relations. Some of the 2018 highlights include the MERI Forum 2018 ‘Visions for Stabilising the Middle East’ which brought together policy- and decision-makers, academics and opinion-leaders to share visions and solutions for a range of core issues and challenges that are facing the Middle East today, particularly in Iraq and Kurdistan. A new book was published, providing detailed policy recommendations with the aim of introducing radical changes in the governance system, ensuring strengthened institutional structures, and empowering leadership and decision-making processes. MERI’s paper titled ‘EU and Turkish Energy Interests in the Caspian and Middle East Region’, identifying energy-sector drivers at the regional level in the Middle East and Caspian Basin (ME&CB), examines their impact on EU–Turkey relations and classifies them based on whether they are likely to result in conflict, cooperation and/or convergence.